Hayk Yesayan: Introduction of 5G in Armenia in the next couple of  years will be inexpedient 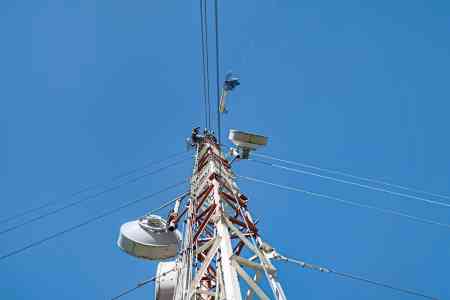 ArmInfo. Today, the introduction of a 5G network by any of the telecom operators in Armenia will be an exclusively marketing step. A similar opinion was voiced by the  General Director of one of the leading telecommunications companies  Team Telecom Armenia Hayk Yesayan in an interview with an ArmInfo  correspondent.

"I can confidently say that the speed and channels that we have today  eliminate the need to switch to 5G.  These are additional capital  investments that will be unprofitable, because any technology that  you buy and do not use becomes obsolete. In fact it turns out that  this is a waste of money and labor," he said.

In this regard, the head of Team Telecom Armenia stressed that in the  next year or two, the introduction of such a technology for the  Armenian market is inexpedient. At the same time, Yesayan stressed  that the same amount of financial resources can be invested in the  development of other areas that are more relevant and will bring more  benefits to the field of information and telecommunication  technologies (ICT).

Yesayan noted that all communication operators in Armenia can now  safely work with 4G, which fully meets the requirements of the  market.  According to him, the advantages of the 5G network are used  in large industrial enterprises, and today there is no such need in  the country.

Earlier, on October 29, 2020, the deal for the acquisition of 100% of  the shares of Veon Armenia by the founders of Team Telecom Armenia,  brothers Hayk and Alexander Yesayan, was completed. As a result, one  of the largest telecommunications companies in the country once again  became Armenian.