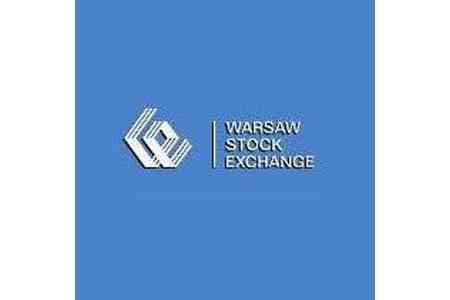 The Central Bank of Armenia will maintain 25.02% of shares,  and the remaining 9.95% are the AMX's own shares. The value of the  transaction will be about AMD 873 million, a part of which (about AMD  499 million) will be paid after signing the Share Purchase Agreement,  and the rest, after completion of processes established by the Share  Purchase Agreement.

The GPW announced about its plans to acquire the AMX in September  2020, after which necessary studies were carried out, a development  plan for the next five years was developed, and necessary corporate  approvals were obtained.

Development program prepared by theGPW provides for a number of  measures aimed at theimprovement of capital market infrastructure,  including development of the trading system,  expansion of the stock  exchange andthe Central Depository services, as well as introduction  of state-of-the-art technological solutions.

The GPW is the largest and the developed market in Central and  Eastern Europe. The GPW organizes trading in stocks, bonds,  derivatives, fund shares and other instruments. The GPW is a public  company, the shares of which have been listed since 2010 with a  capitalization of about 320 million euros. On September 18, 2020, the  Board of Directors of the Warsaw Stock Exchange (WFB) and the Central  Bank of Armenia signed a term sheet (agreement of intent with  specific conditions) to acquire a 65% stake in the Armenian Stock  Exchange (WFA). The share of the Central Bank of the Republic of  Armenia in the capital of WFA at that time was 90.1%, and the  exchange itself owned the remaining 9.9%. After the transaction, the  Central Bank of Armenia will retain 25%, and 10% will be acquired by  a third party appointed by the WFB.

Armenia Securities Exchange  (AMX) is the only stock exchange  operating in Armenia, which is also the sole shareholder of the  Central Depository of Armenia. The mission of the AMX group is to  contribute to the creation of a favorable investment climate in  Armenia by offering effective solutions and services, including  securities trading, clearing, settlement and management of pension  systems.

It should be noted that the Armenia Securities Exchange   (AMX) is  the only operator of the regulated securities market in Armenia. AMX  organizes trading in both securities and other financial instruments.   The Armenia Securities Exchange   is the holder of 100% of the shares  of the Central Depository of Armenia. 90.05% of AMX shares are owned  by the Central Bank of the Republic of Armenia, and the remaining  9.95% by the Armenian Stock Exchange.

After almost nine years of NASDAQ-OMX (from 2008 to 2017) as a  shareholder of the Armenia Securities Exchange , the intentions of  the Warsaw Stock Exchange are the second episode of interest in the  AFB with a specific desire to become a majority shareholder.   However, it is noteworthy that the funds  for the modernization of  the AMX software were provided by the  Eurasian Development Bank  (EDB), which at the beginning of 2021  allocated to the Armenia  Securities Exchange  a grant in the amount  of about $260,000,  through the Technical Assistance Fund, to finance  the bulk of the  costs for the modernization and implementation of  technical means  new trading system.  In September 2021, the advantages of the already  operating modernized  trading system for government bond auctions  were presented, as well  as the trading system of the secondary  market, which at that time was  at the final stage of testing and  implementation, and already at the  end of 2021 a full launch took  place. In addition to providing  trading in the secondary market, the  system, in accordance with  international standards, allows investors  to directly access the  trading platforms of the exchange through  stock brokers, as well as  trade online through web and mobile  applications.

Thanks to a partner  in the face of the Eurasian Development Bank,  the trading system  becomes available to end investors, participation  in exchange trading  is simplified, and an attempt is made to  influence the development of  the capital market, creating an  opportunity to increase the number of  direct market participants.   Proof of this is the fact that AMX has  received the "Best Exchange  in the South Caucasus" award from Global  Banking & Finance Review  for two consecutive years. The EDB's  technical assistance policy  will continue to contribute to the  development of the Armenian stock  market, and cooperation will not be  limited to this program. Other  development programs will be  implemented with the support of the EDB  in the near future.