Forecast: Moscow will not interfere with Iranian gas swap supplies to  Armenia 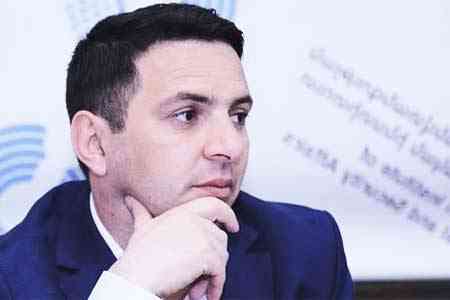 ArmInfo. Despite the traditionally high political level of the Armenian-Iranian relations, the trade and economic sphere between them is traditionally faulty.  Expert in  Iranian studies Armen Vardanyan expressed a similar opinion to  ArmInfo.

"Unfortunately, the potential in this direction has been realized  only partially. As a result, the volume of trade and economic  turnover did not exceed 300, and in recent years - up to half a  billion US dollars.  Against the backdrop of such progress, Yerevan  and Tehran are going to bring it to a billion," he remarked.

According to the expert, this state of affairs is due to both  objective and subjective reasons.  According to him, one of the  objective reasons is the international sanctions against Tehran, and  the subjective reason is the absence of Yerevan's initiative and the  non-consequential policy. Nevertheless, against the background of the  intensification of mutual visits observed in recent months, Vardanyan  sees opportunities for a change in the situation described above.

In this light, he expressed hope that many joint Armenian-Iranian  projects that are still only on paper will enter at least the initial  stage of implementation. The expert explains Iran's recent readiness  to supply gas to Armenia from Turkmenistan under a swap scheme,  expressed by Iranian Oil Minister Javad Owji during his Yerevan  visit, as part of Tehran's intentions to increase the total volume of  its own energy exports. And in the expert's opinion Armenia, which  uses the gas pipeline from Iran by only 20%, is a natural candidate  of such intentions.

Noting the unprofitability of increasing direct supplies of Iranian  gas to Armenia due to its higher cost than Russian gas, Vardanyan  noted the profitability of increasing supplies in exchange for  electricity, which, in his opinion, is in the interests of Gazprom  Armenia as well. Meanwhile, this scheme, one way or another, will  allow Armenia to diversify Russian supplies of "blue fuel", which,  among other things, will increase the country's energy security.

"One way or another, but this program must be coordinated with the  Russian Federation, which owns not only the pipeline from Iran, but  also the entire gas infrastructure of Armenia. The only alternative  is the construction of new infrastructures, which requires  considerable financial investments and time. In the light of the  statement of Iranian Minister Owji,  I do not rule out that swap  supplies of Turkmen gas to Armenia by Tehran and Moscow have already  been agreed," Vardanyan summed up.