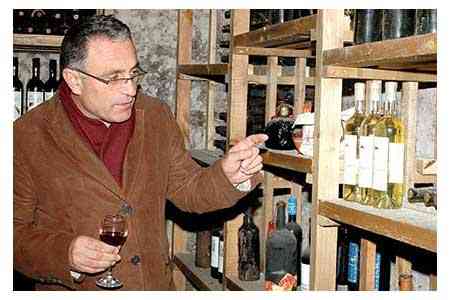 ArmInfo.Amid the war in Ukraine, the West is seeking to assist Armenia and some other states in diversifying theirs export markets, including supplying products to  domestic markets, Avag Harutyunyan, Chairman of the National Wine  Center, said in an interview with ArmInfo.

"Perceiving Armenia as part of the Russia-led camp, the West, on the  other hand, is perfectly aware of our being forced to be part of this  camp. And this factor has caused the West to make many more proposals  to our sector now. I can say that we have rather serious and  attractive proposals among them. And the situation - preferring the  Russian or EU market - will be clear in a couple of months," Mr  Harutyunyan said.

Armenian companies have no quality-related problems, and the issue of  competitiveness of Armenian wines and cognacs in European markets has  been settled. Much more serious production requirements have reduced  the number of producers of low-quality beverages to a minimum. So the  political component remains.

Mr Harutyunyan believes that a need for diversifying export markets  for Armenian alcoholic beverages is, among other things, the  currently unstable Russian market. One more factor is the unstable  exchange rate of the Russian ruble, and some signs of stabilization  are the result of political rather than economic factors.

"The major problem is that no one knows how long the Ukraine  situation will last. We have lost the Ukraine market and we are  hoping to return to Belarus. No one knows what will happen to the  Russian ruble in two or three months, while payments for imported  products are effected at least two or three months after delivery.  All this amid Russia's yearly demand for over one billion bottles of  alcoholic beverages, with half of them being wine," the expert said.