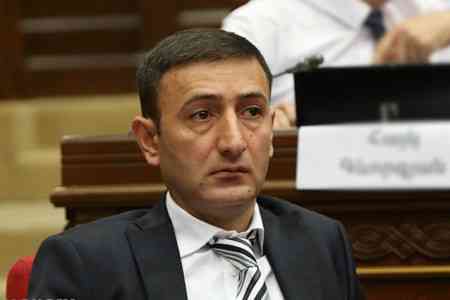 ArmInfo. Deputy Prime Minister of Armenia Mher Grigoryan does not rule out that the revaluation of the dram (national currency) may be long-term, as well as gas and  electricity tariffs may be reduced.

He stated this on June 15 during the government hour in the National  Assembly of the Republic, answering the question of Babken Tunyan, MP  from the ruling "Civil Contract" faction.  The MP, in particular,  inquired about the possibilities of changing tariff rates for gas and  electricity, taking into account the revaluation of the dram. He  recalled that since the beginning of this year, the national currency  has risen in price by 12% against the US dollar, and by 20% compared  to last year.

In response, Grigoryan noted that when calculating tariffs for  electricity and gas, the Public Services Regulatory Commission  includes the issue of exchange rates. <The problem is how discrete  and long-term this situation is from a fundamental point of view. It  is possible that the process of the revaluation of the dram will be  of a long-term nature, which has already exceeded the exchange rate  of the dram against the US dollar planned by the state budget of the  country for the current year>, the Deputy Prime Minister said,  expressing confidence that the PSRC will return to considering this  issue. He stressed that it is necessary to find out how permanent  this situation is.

The tariff for electricity in Armenia, from February 1, 2022was  increased by an average of 4.7 drams, and the same amount for gas -  from April 1. There are different tariff rates for different  population groups.  When calculating tariff rates, fluctuations in  exchange rates are also taken into account.