Armenia, Russia to expand cooperation in agricultural and industrial  fields 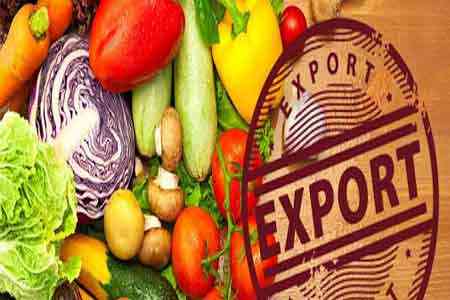 ArmInfo. Armenia and Russia intend to expand cooperation in the agricultural and industrial fields. According to the press service of the government, this was  announced during the meeting between Deputy Prime Minister of Armenia  Mher Grigoryan and Deputy Speaker of the State Duma of the Russian  Federation Alexey  Gordeyev , who arrived in Armenia on an official  visit.

According to the source, during the meeting, the parties discussed a  number of issues related to the Armenian-Russian bilateral trade and  economic relations, in particular, the possibilities of interaction  in the wine industry, the promotion of organic agriculture within the  EAEU, the exchange of experience between specialists in agriculture  and industry, and the full implementation of scientific potential  within the framework of possible cooperation projects.

It should be recalled that, as it was stated during the meeting  between Minister of Economy of the Republic of Armenia Vahan Kerobyan  and Minister of Agriculture of the Russian Federation Dmitry  Petrushev, following the results of 2021, the trade turnover of  agro-food products between Armenia and Russia in 2021 increased by  19.8% to $903.1 million, while exports from Armenia to Russia  increased by 24.7% to $543.3 million.