Tax collections will exceed the level planned for the first half of  the year by about 60 billion drams:  Pashinyan 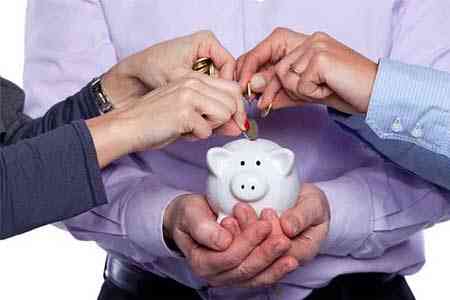 ArmInfo. Tax revenues to the state budget will exceed the level planned for the first half of the year by about 60 billion drams. Prime Minister Nikol Pashinyan stated this  at a government meeting on June 30.

In particular, according to him, now the volume of collected taxes  exceeds the planned figure by 47 billion drams. Another 10 billion  drams will be received from the common cauldron of customs duties of  the Eurasian Economic Union, the prime minister noted. On May 18, in  an interview with journalists, the head of the State Revenue  Committee (SRC) of Armenia, Rustam Badasyan, expressed hope that the  funds would be received by the end of May.

It should be noted that on June 23, the Armenian government revised  its expectations for tax revenues in 2022, raising the bar by about  $100 million. As RA Minister of Finance Tigran Khachatryan stated, as  of June 22, tax revenues (tax revenues and state duty) amounted to  approximately 911 billion drams, which is 30% more than last year's  figure. Based on this, the government considered it appropriate at  this stage to raise the bar on tax expectations by 40 billion drams.