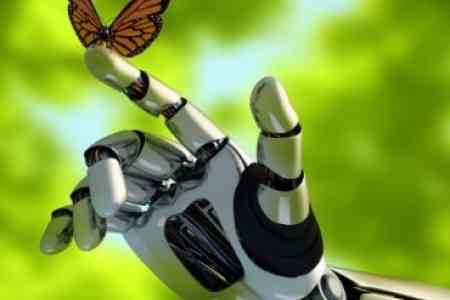 ArmInfo. From September 26 to September 30, a professional "Neruzh 3.0" repatriation program will be implemented in Dilijan, in which over 60 representatives of 30  start-up teams from around the world will take part. David Sahakyan,  Deputy Minister of High-Tech Industry, stated this in an interview  with the First TV Channel of Armenia.

According to the deputy minister, the Armenian origin of the  participants and the formed team are the main criteria for  participation in the program, and during the selection process,  preference will be given to those teams whose ideas are based on  scientific development.

"Armenia is known as an IT outsourcing country, and we want to  rebrand and become a product-creating country based on the scientific  and technological potential that Armenia has historically had. And we  are now trying to restore it. The main mission of the Neruzh program  is to import the scientific thought and technological potential of  the Diaspora to Armenia," Sahakyan said.

Speaking about the results of the program in previous years, the  deputy head of the department emphasized the effectiveness of the  latter. In this regard, he said that the start-ups participating in  the Neruzh program are growing and representing Armenia at  international platforms.  "Seeing such efficiency, we decided to  continue the implementation of this program," the deputy minister  added.  According to him, the grant fund at this stage is 45 million  drams, but this is not the final amount, since negotiations with  potential investors are still ongoing.

As Sahakyan explained, as a result of the implementation of the  program, the winning teams undertake to develop their activities in  Armenia within a year. "Considering the fact that it is profitable  and interesting to work in the technological field in our country,  the startup-winners of the previous Neruzh programs are still in  Armenia," he shared.

It should be noted that the Neruzh program is a state program and is  implemented by the Ministry of High-Tech Industry of Armenia and the  My Step Foundation.  The deadline for applying for participation is  31 August.