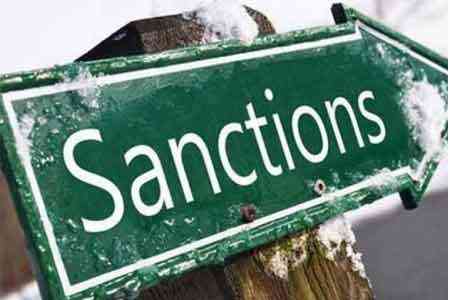 ArmInfo.Fearing sanctions is not quite a good stance, but work is necessary, Armenia's Premier Nikol Pashinyan stated at a plenary session of the Eastern Economic  Forum in Vladivostok, Russia, as he answered a question about his  fears of secondary sanctions by the West because of Armenia's  intensified contacts with Russia.

He pointed out a need to find ways of managing the potential risks  and of taking opportunities.

"We are concerned over food and energy security issues. We have high  inflation in our country as well, which affects the social situation.  But our general situation is under control. We have no crisis. But I  would like to emphasize it is due to Russia's support," Mr Pashinyan  said.

The first half of his year was marked by serious concerns over a  number of issues not only within the Eurasian Economic Union and in  the bilateral format. "But we have maintained active contacts, and I  am impressed by the Russian leadership's prompt response to the  Armenian side's requests. It is most important partnership," Mr  Pashinyan said.

The major security concern in the South Caucasus is that some forces  that believe that Russia, as a key security factor, is too busy with  Ukraine, which could be used to destabilize the situation in the  region.

"Interestingly, some forces are wasting much energy to show Armenia  to Russia as a country of pro- Western orientation and to Europe as a  country of a strongly pro-Russian government. And they are doing so  to justify destabilization in out region. I am glad hat we are in  contact with our partners trying to clarify out positions on all the  issues on the international agenda. Of course, our relations with  Russia have remained and must remain a strategic alliance, and I hope  this factor will be a key one for regional stability and pace," he  said.