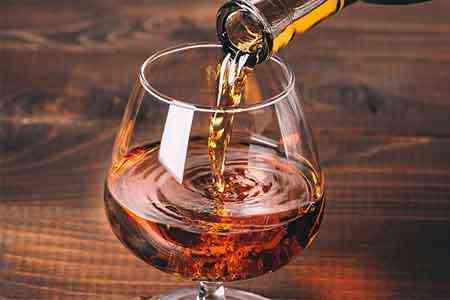 ArmInfo.On September 26, the 3rd session of the Geographical Indications sub-committee, operating under the Comprehensive and Enhanced Partnership Agreement  (CEPA) between Armenia and the European Union, took place online. RA  Deputy Minister of Economy Rafael Gevorgyan chaired the meeting, the  press service of the RA Ministry of Economy reports.

It should be reminded that on September 13, the Armenian parliament  adopted amendments to the law "On Geographical Indications",  according to which the products of a number of manufacturers must be  confirmed by their geographical origin. At that time, RA Minister of  Economy Vahan Kerobyan noted that due to poor awareness and other  reasons, Armenian producers often do not indicate the geographical  origin of the goods, which creates difficulties in their export in  transit through the territory of Georgia. The draft law proposes to  fix geographical names for a number of domestic products - matsun,  tan, sujukh, basturma, a number of cheeses and alcoholic beverages.  Manufacturers are invited to form associations and register the  geographical name of the product, after which the state will assist  in its registration on international platforms. After that, by  signing an agreement with Georgia on the mutual recognition of the  geographical origin of goods, it will be possible to freely carry out  transit transportation. The minister added that currently only one  geographical origin of the product is registered - Ishkhan of Sevan.

Let us recall that earlier Georgia banned the delivery of products  called "matsun" to its territory and transit through its territory,  citing the fact that "matsoni" is officially registered in the  country.

In June last year, the Armenian government approved a financial  agreement with the European Union, which provides for the provision  of 3 million euros to Armenia as part of the process of smoothly  phasing out the geographical indication "cognac" for Armenian  alcoholic products. The purpose of the financial agreement is to  contribute to a smooth and efficient phase-out of the use of the  geographical indication "cognac" for Armenian products, as well as to  help the Armenian industry to maintain its competitiveness in export  markets. In particular, the program provides for the development of a  new name for the Armenian cognac, its advertising and marketing in  the domestic and traditional foreign markets. The project is being  implemented in accordance with the Comprehensive and Enhanced  Partnership Agreement with the EU.  According to the document,  Armenia was given 25 years to give up the name "cognac".