IMF will continue to support development of Armenian economy 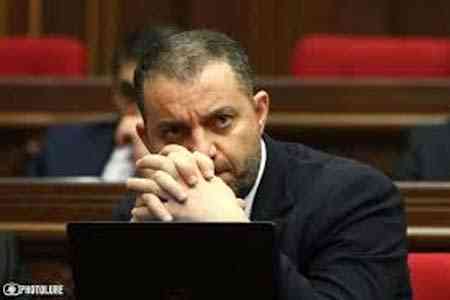 ArmInfo. The IMF will continue to promote the development of the Armenian economy through the implementation of programs.  International Monetary Fund (IMF)  mission head in Armenia Iva Petrova stated this during a working  meeting with the Minister of Economy of Armenia Vahan Kerobyan, on  September 30.

Attaching importance to cooperation with the Armenian government, the  IMF mission head added that the Fund also intends to support the  ongoing reforms in the country. Petrova stressed the particular  importance of implementing initiatives aimed at developing a  knowledge-intensive economy.

In turn, Minister Kerobyan presented the indicators of Armenia's  economic activity, state assistance programs for modernizing the  economy, increasing agricultural productivity. He noted that, despite  a number of challenges, the country's economy continues to develop.

In June, the International Monetary Fund (IMF) improved its 2022 GDP  growth forecast for Armenia from the previous 1.5% to an updated 5%.   It should be noted that on September 29, presenting the draft state  budget for 2023 at a government meeting, Finance Minister Tigran  Khachatryan said that Armenia will close 2022 with an economic growth  of 11-12 percent instead of the 7 percent planned in the budget.