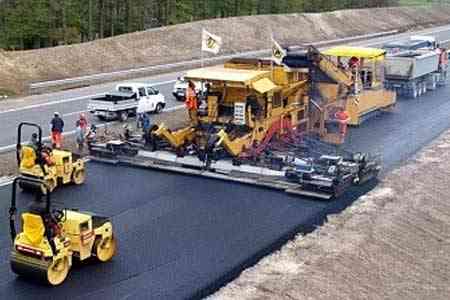 ArmInfo.Under the WB-sponsored Lifeline Road Network Improvement Project launched in 2013, a number of dangerous sections of interstate and republican  roads are being rehabilitated, the Road Department Fund reports.

Specifically, traffic improvement work on M-6 road in Armavir and in  the village of Khatsik is in progress.

The dangerous sections of the roads in Alashkert and Haykavan,  Armavir province, and of M-5 road, Armavir-Argavand-Margara, are  being renovated.

Under the scope of LRNIP-AF2, the commencement of rehabilitation  works of 12 roads with overall length 68,74 km was given during  October-November 2020. As of the 31st of December 2021, out of 12  roads, 10 have already been rehabilitated and put into operation  (55.84 km in total). The repair of one road section (about 4.4 km)  has been completed and will be put into operation in the near future.  The major repair of the second road will be carried out within the  framework of the program implemented with the funds of the RA state  budget.

Shortly after independence in 1991, Armenia became a member of the  World Bank in 1992 and joined IDA in 1993. Since then, over three  decades of close cooperation, Armenia has experienced a remarkable  economic performance and experienced a sevenfold increase in its GPD  per capita. In 2014, Armenia successfully graduated from IDA to IBRD  as a recipient country and became an Upper Middle-Income economy in  2019.