Armenia`s defense expenditures in 2023, compared to 2018, will  increase by 113%: Pashinyan announces transition to professional army 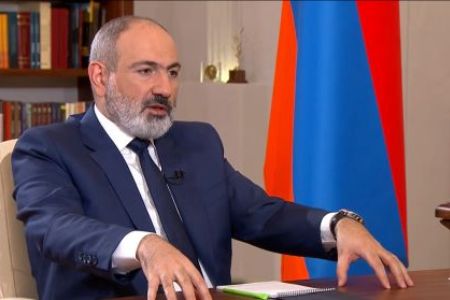 ArmInfo.. As a result of the voluntary certification of military personnel, the salaries of the servicemen will at least double, and in some cases even triple,  Armenian Prime Minister Nikol Pashinyan said on November 16 in the  country's parliament during the discussion of the draft state budget  for 2023.

Pashinyan drew attention to a significant increase in defense  spending next year. Thus, according to him, according to the draft  state budget for 2023, the expenditures of the defense sector are  planned at the level of 509 billion drams, compared to 2018, the  growth, will be 113%, and compared to the figure for this year - by  47%.

Earlier in the Parliament, Minister of Finance of the Republic of  Armenia Tigran Khachatryan noted that the expenditures in the field  of defense of Armenia, according to the draft state budget for 2023,  will amount to 506 billion drams. This will be 35% higher than in the  adjusted 2022 budget, reaching 5% of GDP.

As the Prime Minister pointed out, there is no less important content  behind these figures. "Thus, we are moving to a professional army,"  he said, recalling the reforms in the field of military education. In  particular, graduates of military universities will receive an  apartment after their appointment. It will be their property, and the  possibility of its alienation will be after the expiration of the  contract.

Touching upon the tax revenues of the state treasury, the prime  minister indicated that they are planned at the level of 2 trillion  204 billion drams in 2023, which is 946 billion drams or 75.1% more  than in 2018.  "After 4.5 years, the government that went through the  war and the pandemic proposes a project that exceeds the budget (for  2018) by 75%," Pashinyan noted.

The head of the Cabinet also announced an increase in spending in the  social sector. So, in this direction, allocations, compared to 2018,  will increase by 56%. He recalled that in September this year,  pensions have increased (by 3 thousand drams - ed. note), in  addition, the country's authorities have introduced a system of 10%  cashback for non-cash purchases of pensioners and persons receiving  benefits. This is an additional 5 thousand drams. The next increase  in pensions is planned for July 2023, he noted.

The budget of the Ministry of Health next year, compared to 2018,  will grow by 87%. <The salary of medical workers of polyclinics and  rural outpatient clinics will increase by 40,000 drams or 20-23%>,  Pashinyan said. He also recalled that from January 1, 2023, only  certified medical workers will be able to work in the Armenian  healthcare sector.