Armenia`s economy most likely to not reach its historical high by the  end of 2022: Haykaz Fanyan 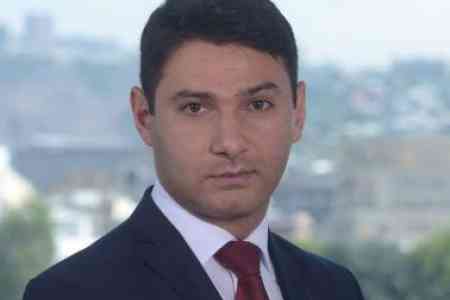 ArmInfo.Director of the ACSES (Armenian Center for Socio- Economic Studies) Analytical Center Haykaz Fanyan, based on the statistics for 9 months of this year,  doubts the ability of the Armenian economy to break its historical  high.

<According to data for January-September 2022, GDP growth was 12.6%,  most likely, the historical high  will not be recorded and economic  growth for 2022 will be in the range of 13.1-13.7%>, the economist  wrote on his page on the social network Facebook

It should be noted that Armenia recorded the highest GDP growth in  2005 - at the level of 13.9%.  According to the state budget approved  for this year, GDP growth is planned to be 7%, but already in the  2023 state budget project, the economic growth in Armenia in 2022 is  planned to be around 11%. At the same time, the head of the Ministry  of Finance, Tigran Khachatryan, in the Parliament of Finance, during  the presentation of the document, said that growth is likely to be  revised upwards, based on statistical data for January-September  2022. Prime Minister Nikol Pashinyan himself announced the prospect  of closing the current financial year with a 14% GDP growth.