Iranian Minister of Energy announces launch of project for  synchronization of electricity between  Iran, Azerbaijan, Armenia and Russia 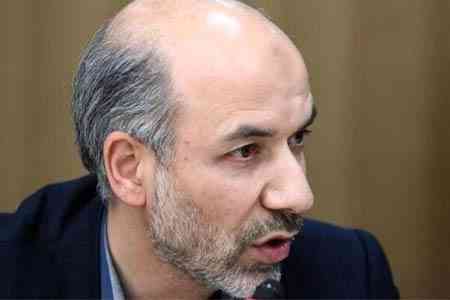 ArmInfo. Iranian Energy Minister Ali-Akbar Mehrabian has  said that the project for synchronization of the country's  electricity networks with Russia, Armenia, and Azerbaijan is  underway, Tasnim news agency reported.

According to the source, "Mehrabian made the remarks in the opening  ceremony of the 22nd Iran International Electricity Exhibition on  Sunday.  The preliminary synchronization of power grids between  Russia and Iran has been completed, he said, adding that technical  measures for joint synchronization of power grids of Russia, Armenia,  Azerbaijan, and Iran are also being carried out.  "The  synchronization and the connection of electricity networks will help  stabilize the power network in Iran," the official said.  The Islamic  Republic is busy developing technical sectors of the project, the  minister added.  Mehrabian also said that the mentioned countries are  also discussing the barter of electricity.  "When we require  electricity, we can import it from Azerbaijan, Armenia, and  Turkmenistan," he said, adding that at times when we have a surplus,  we can export power to other countries, of course, we will continue  to implement the previous years' contracts.  As to the power  consumption and network in Iran, he said that the power industry in  the country experiences a good situation in terms of unbalances and  economic growth.  Referring to the achievements in this industry, he  went on to say that domestic achievements in the electricity industry  have been unique, which have been achieved for the first time in the  Islamic country.  The power industry in Iran had been 100 percent  dependent on foreign resources, but it has developed drastically, he  noted, saying that some 95 percent of the parts, equipment, and  facilities in this industry are being made and prepared inside the  country.  As one of the major players in West Asia's energy market,  Iran is now emerging as a major electricity hub in the region as the  country is following a comprehensive plan for synchronizing its power  grid with the neighboring countries.  Iraq was the first neighbor  whose national electricity network was synchronized with the Islamic  Republic's power grid back in November 2019, and now the Energy  Ministry is following a plan to connect the electricity networks of  Russia, Armenia, and Azerbaijan with the Iranian grid.  Earlier in  September 2021, former Energy Minister of Iran Reza Ardakanian  announced that a research project for the synchronization of the  electricity networks of Iran, Azerbaijan, and Russia was underway at  the ministry."