Vine and Wine Foundation of Armenia: Volumes of wine production in  Armenia almost doubled over 5 years 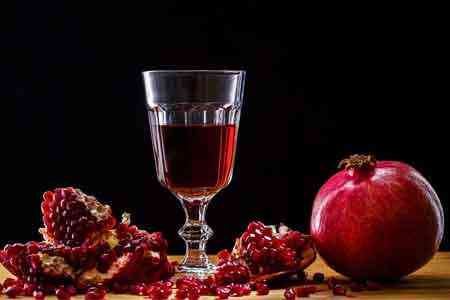 ArmInfo. The volume of wine production in Armenia has almost doubled in 5 years. Zaruhi Muradyan, director of the Vine and Wine Foundation of Armenia announced this  during a meeting with Armenian businessmen from Ukraine.

According to the Foundation, presenting the main indicators of the  industry, Muradyan told the guests about the Foundation's projects  implemented in the areas of viticulture and winemaking in Armenia.   Following the meeting, the parties agreed to maintain regular  contacts in order to develop mutually beneficial cooperation in the  fields of viticulture and winemaking, and the implementation of  investment projects.

It should be noted that according to the data of the RA Customs  Service, in H1 2022, Armenia exported 43.8 thousand liters of wine to  the Ukrainian market, which is 72.2% lower than the indicator of a  year ago; The customs value decreased, respectively, by 71.7% to  $79.5 thousand.  At the same time, no Ukrainian wine was supplied to  Armenia during the reporting period. Whereas a year earlier, the  volumes amounted to 15.6 thousand liters, with a customs value of  $24.4 thousand.  In January-September of this year, according to  statistical data, 8.3 million liters of wine were produced in  Armenia, with a y-o-y decline of 11.4%.