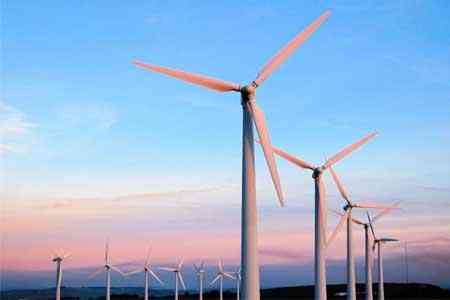 ArmInfo.Minister of Territorial Administration and Infrastructures of the Republic of  Armenia Gnel Sanosyan on November 28 received a delegation led by  Eugene Zhukov, Director General of Central and West Asia Regional  Department at the Asian Development Bank (ADB).

According to the press service of the ministry, a number of issues of  mutual interest were discussed during the meeting. In particular,  issues related to the financing of the Sisian-Kajaran section of the  North-South road corridor were discussed. The Minister proposed to  unite efforts to implement the program, emphasizing its importance  and the need to implement the project as soon as possible.

They also discussed the progress of the project to improve the  seismic safety of schools, under which many schools are being  overhauled and brought into line with international standards.

Issues of cooperation in the energy sector were discussed.

At the end of the meeting, a memorandum "On technical assistance to  assess the viability of projects for the production of electricity  using wind energy" was signed. The minister emphasized that Armenia  has a great potential of solar energy, but it is necessary to use the  potential of wind as well.

Eugene Zhukov, for his part, noted that the Bank has set a goal to  increase investments in the energy sector to $100 billion by 2030,  and Armenia is an important part of this plan. "I am very pleased  with the signing of this document," Eugene Zhukov said.

It should be noted that the economically justified wind energy  potential of Armenia is estimated at 450 MW of total installed  capacity and with the generation of 1.26 billion kWh of electricity.  The main promising areas are the Zod Pass, the Bazum Mountains, the  Pushkin and Jajur passes, the Aparan and Meghri regions.