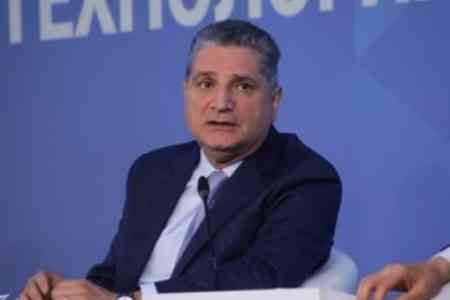 ArmInfo. The task of the Eurasian Development Bank is to provide such digital solutions that would facilitate cross-country foreign exchange transactions in  digital currencies.

Tigran Sargsyan, Deputy Chairman of the Board of  the EDB, stated this on November 30 at a press conference.  According  to him, the EDB Digital Initiatives Fund has already come up with a  relevant initiative, having developed a concept for creating the  necessary platform on which multicurrency digital transactions can be  carried out. This concept was sent to the Central Banks of the  countries of the Eurasian Economic Union for discussion. "I think  that this area will develop and deepen in the coming years," the EDB  Deputy Chairman noted.

Returning to the topic of the second competition of digital solutions  announced by the Bank, Tigran Sargsyan pointed to the participation  of Armenian companies in the first competition. Unfortunately, as  Tigran Sargsyan emphasized, none of them became the winner. He  expressed hope for more active participation of Armenian developers  in the new competition. The EDB Deputy Chairman recalled that in  recent years, the IT sector has been actively developing in Armenia,  new companies are entering the field of information technologies,  which participate in many international projects with successful  solutions. "Of course, we would like to involve these companies,  including for solving Eurasian digital problems," Tigran Sargsyan  said.