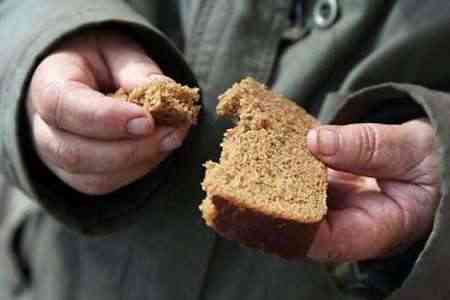 The head of government stressed that since 2019, the poverty rate has  been calculated using a new methodology, which makes it impossible to  compare data before 2019 with data available after 2019.  The Prime  Minister also touched upon the growth of extreme poverty in Armenia  in 2021 compared to 2019 (by 0.1%) and from 2020 (by 0.8%). According  to the prime minister, this suggests that anti-crisis measures during  the COVID-19 pandemic were strictly targeted. , Pashinyan said.

According to him, he instructed the Minister of Labor and Social  Affairs to deeply analyze the structure of poverty and develop a  strategy to overcome it. , Nikol Pashinyan emphasized.   Minister of Labor and Social Affairs Narek Mkrtchyan, in turn, noted  that unemployment decreased in 2022, which, according to the data of  the second quarter of 2022, is up to 13%, and in 2021 the figure was  at the level of 14.5%.

As for jobs, at the moment, 3,260 vacancies have been collected in  the Unified Social Service, but according to other data from the  Statistical Committee, there are 9,800 vacancies for the second  quarter of 2022. "This means that, on the one hand, 50,400 registered  unemployed people, or 8.000  less than in 2021," Narek Mkrtchyan  said. The Minister also said that according to the analysis carried  out jointly with the State University of Economics of Armenia, the  demand for labor in the next three years will increase in the areas  of agriculture, construction, wholesale, retail trade, transport,  technology and healthcare and information.

It should be noted that according to the report of the RA Statistical  Committee published on November 30, which presents the results of  last year, although the poverty rate in 2021 decreased by 0.5 p.p.  compared to 2020, the level of extreme poverty increased 2.1-fold:  from 0.7% in 2020 to 1.5% in 2021. Gegharkunik is the poorest region  in Armenia, where, as of 2021, the poverty rate was 49.1%, in Shirak  - 46.9%. In these two regions, the poverty rate is much higher than  in other regions of the country. The lowest poverty rate was  registered in Syunik, where, by the way, due to the mining industry  and the highest level of wages.  Compared to 2020, the poverty rate  in Shirak has increased significantly - from 42.9% to 46.9%. In  Gegharkunik, this figure increased by one percent. Citizens whose  monthly expenses are less than 48,145 drams are considered poor. If  the monthly consumption does not reach 26,500 drams, then such  persons are considered extremely poor.