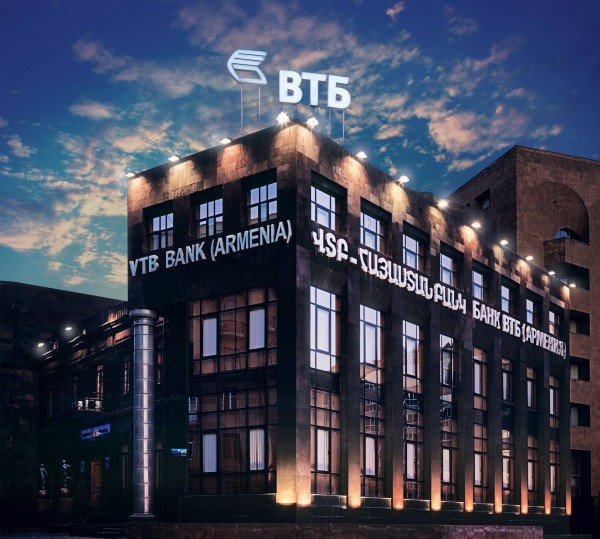 ArmInfo. VTB Bank (Armenia) issued 500.000th card. As the press-service of the Bank informs, 27-year-old Ani Pashikyan became the jubilee cardholder. She is a salary client of the Bank and currently teaches informatics in a school of Saralandj village in Shirak region.

The 500.000th cardholder was awarded in the VTB Bank headquarters. The CEO of VTB Yuriy Gusev gave Ani Pashikyan a certificate of 500.000 AMD and this sum was transferred to the client's salary card
at the same day.
"Issuance of the 500.000th card testifies to the fact that VTB Bank (Armenia) payment cards have highest demand and trust among a wide number of our clients, Yuriy Gusev noted, congratulating cardholder
Ani Pashikyan and wishing her success both in her responsible profession and personal life.
VTB Bank (Armenia) for several years has been retaining leadership in the Armenian market in terms of active cards. The Bank's share in the overall number of issued international cards (VISA and MasterCard) in Armenia is 35%. By VTB Bank (Armenia) cards the clients can make payments s for the services, make purchases both in the trade centers and via internet, as easy, fast and safe as using cash. Besides, the clients can enjoy SMS -service informing about their account and all
the made operations by the card.
According to the Analytical Review "Armenian Banks in Card Business" by the Agency of Rating Marketing Information (ArmInfo), VTB Bank (Armenia) retains leadership in terms of active cards. As of 1 April 2015, the number of its active cards totaled more than 401 thsd (24% y-o-y growth), including almost 385 thsd Visa cards (including over 88 thsd pension cards). The Bank became a member of MasterCard almost 2 years ago and issued over 16 thsd MasterCards by April 2015, joining the top ten.  The Bank was in the lead by the amount of plastic transactions - over 186 bln AMD over 2014 (33% y-o-y growth).  As of 1 April 2015, the Bank had 298 POS-terminals and 157 ATMs.  Before 2013 the Bank issued and served Visa international cards.  In September 2013, it became a principal member of MasterCard and started issuing and serving Cirrus/Maestro, MasterCard Standard and
MasterCard Gold cards. Along with it, the Bank serves ArCa local cards and has its own processing center.
To note, VTB Bank (Armenia) joined VTB Group in April 2004 and is fully owned by VTB Group, the second biggest bank in Russia. VTB Bank (Armenia) is one of the leaders of Armenia's banking sector. It has 67 branches all over the country (the largest branch network in Armenia).
POST A COMMENT