May Yerevan Thermal Power Plant become a property of Gazprom? 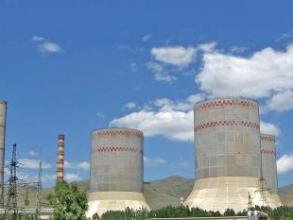 According to those sources, Yerevan TPP - one of the major customers  of the Russian state monopoly - owed 52.3 mln USD to Gazprom Armenia  by July 2016.

The press office of Gazprom Armenia has told ArmInfo that Yerevan TPP  has such a debt indeed, but noted that the major part of the debt has  already been redeemed and negotiations on the remaining part of the  debt are underway.

To recall, three years ago Armenia also had problems with its debts  (300 mln USD) to Gazprom. At that time, a decision was taken to  transfer a 20% stake in ArmRusgasprom and the uncompleted fifth power  unit of the Hrazdan TPP to the Russian side.

Theoretically, the state must have no debts after the deal: under the  contract between the two governments the Armenian side assumed an  obligation not to "generate" them any more, a governmental official  has told Life. New debts affect first of all Gazprom's subsidiary,  the interlocutor in the gas concern says. Under the agreement with  Armenia, Gazprom's subsidiary is working out a general scheme of gas  supply for Armenia and it needs financial means for that.

Russia carries out its obligations, but the Armenian side does not,  the Russian governmental official says.  In September 2016, Russia  reduced the gas price for Armenia from $189 to $165 per 1 cu m, as  stipulated in the agreement, Life's source recalls, noting that  Gazprom was given a priority access to electricity export and  purchase from the fifth power unit of Hrazdan TPP. The government  asked the sides to repay the debt by early November 2016, the  official says.

Thus, the old scheme of debt redemption by transferring property may  be applied in Armenia again, Life says. In this case, the matter will  concern Yerevan TPP. "The transfer of property is quite a popular but  last resort measure in power engineering," says Alexey Grivach,  Deputy Director of the National Energy Security Fund. "For example,  Pskovskiy region was trying to settle its problems with Gazprom using  similar scheme. Often thermal power producers had to put in pledge  their plants to Gazprom because of the debts for the supplied gas.  The property should be assessed, if the assets correspond to the  amount of the debt, such a deal will be beneficial for the monopoly.

"Usually, debts are generated on the level of consumer, than they go  up the chain and reach the supplier of the fuel", Director General of  the Institute of National Energy Sergei Pravosudov adds. Formally  Gazprom has the right to stop supplying gas to the TPP. This would  evoke wide response and it would be short- sighted to spoil relations  between Armenia and Russia, so it is unlikely that the gas supply to  TPP will be stopped, Life's interlocutor close to Armenia's Energy  Ministry thinks.

"Cutting off gas is a too strong social factor, which may spark  national demonstrations like the ones held in previous years, when  the people were protesting against high tariffs on fuel", political  scientist, senior consultant at the Saint Petersburg Center of Social  Studies Oleg Andreev recalls. "National demonstrations in turn may  lead to shift of power. Russia is very interested in maintaining  friendly relations with Armenia as it is the main ally in the  Caucasus. So, no matter how much Gazprom wants to cut off gas, the  government will not allow it doing that", the interlocutor is  assured. "It is even better to have such small debtors, they can be  twisted around finger", he says.

To note, on June 17 Armenian Parliament approved the Agreement with  IBRD signed on May 12 2016, under which the World Bank will provide a  US$30 million IBRD loan of variable spread (approximately 1.8%) with  a 14.5-year grace period and the total repayment term of 25 years.  Deputy Minister of Energy and Natural Resources Areg Galstyan said  the main part of the loan will be repaid in 2030-2040. The tranches  will be issued in the period of 2016 up to July 31 2030. The loans  will be provided to the Armenian NPP ($8.5mln) and Yerevan TPP  ($21.5mln). Both the facilities must re-register the loans previously  raised from the local commercial bank under high interests. In  addition, the Yerevan TPP will redeem its debt to Gazprom Armenia for  the gas supplied. The deputy minister said that no privatization of  the state facilities is planned in the mid-term outlook.  Consequently, the burden of the debt will be on the given two  companies under the subcontract with the Finance Ministry.