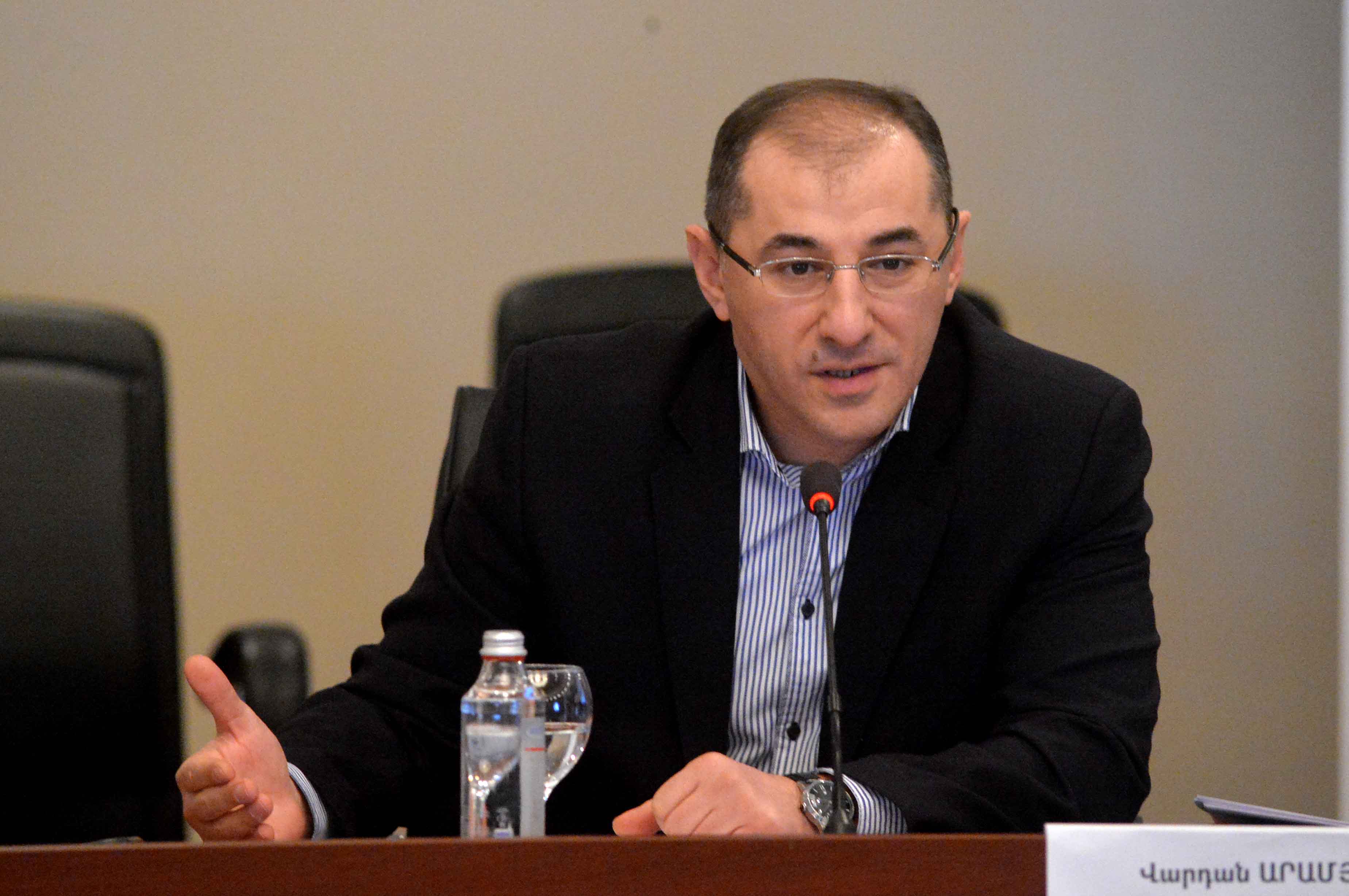 ArmInfo. Armenia will reject any decision claiming that during procurement processes the priorities should be given to EEU countries products and goods. This was stated by Vardan Aramyan, the Minister of Finance of Armenia, the Regulatory changes in  procurement framework, conducted by the Ministry of Finance within the support of  German Gellershaft   fur Internationale Zussamenarbeit (GIZ) in Tsakhkadzor.

Earlier  Armenian Government approved a decision, according which " if the generic of maximal price and required quantity of the product to be procured does not exceed the basic unit price in 70 times, the products offered by EEU country members get a 15% price priority."

According to the Minister, to grant a priority to any EEU manufacturer means to generate a discrimination, which is not acceptable both from the point of EEU regulatory framework and WTO requirements.  According to Aramyan, in real things turned so that, without a right to encourage domestic manufacturer, at the same time the Government should pay the manufacturer of other EEU country 15% more - at the cost of local tax payers , supporting the import of foreign vendors.

According to the Minister, in all the cases the procurement is implemented at the cost of tax payers and those should be aimed to secure the ultimate result within minimum expenditures. 'Why should I procure Kazakhstan goods  at 15% more expensive price if I coul procure that from European vendor? Having restricted resources, Armenia should use those more expedient," the Minister stated. Most probably ,the appropriate decision  will  e taken at the nearest Government session.

What is to domestic preference, the practice shows that  the procurement is not the best tool to encourage domestic vendors.  According to Aramyan, good tools could be the insurance system, subsidization  or venture funds establishment. "Giving such preferences to domestic  vendors in procurement processes is dangerous. It looks like generating a drug addiction" he clarified.