Expert: Improvement of economic situation in Russia will increase migration from Armenia 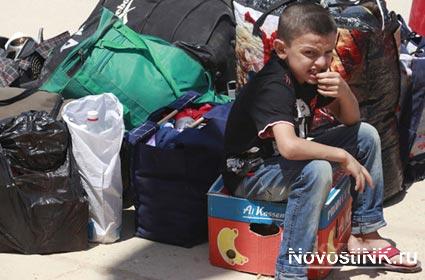 ArmInfo. The improvement of  economic situation in Russia will increase migration from Armenia and  migration is expected to considerably grow if Armenia's economy fails  to accelerate its growth rates, Chairman of the Republican Union of  Employers of Armenia Gagik Makaryan said at a press conference.      Makaryan qualified migration as a negative factor but he did not rule  out positive trends stemming from it.  "From the economic viewpoint,  movement of labor force is beneficial to Armenia because we will be  unable to reduce unemployment, which has already made up 18% by  official data," he stressed, noting that the given indicator in the  neighboring countries is much lower: in Turkey - 11.8%, in Iran -  11.3%, in Georgia - 12%, in Azerbaijan - 5%.

The increase in transfers from Russia is also a positive factor.  "Nearly 80% of the transfers (by the CBA's data - nearly 60% in 2016  - editor's note) to Armenia come from Russia. The growth of the  transfer inflow will have a multiplier effect on the country's  economy, which, in turn, will have a favorable effect on the trade  sector, small business, private entrepreneurs' activities and other  fields," he noted.

The expert told ArmInfo's correspondent that in 2017 transfers from  Russia are expected to grow by 25%, which will facilitate poverty  reduction in Armenia. He added that today this indicator in Armenia  officially makes up 29.8%. The same indicator in Georgia is 15%, in  Turkey - 11%, in Iran - 9.8%, in Azerbaijan - 5.3%, in Kazakhstan -  4.9%. According to Makaryan's preliminary estimates, in order to  reduce poverty in Armenia twofold, it is necessary to increase the  transfers by 40%. "I suppose in 2017 we will manage to reduce poverty  by only 3-4% given the improvement of the situation in Russia, which  will result in the growth in transfer inflow to Armenia. But even  achieving such results, Armenia will still be in the lead in terms of  poverty in the region," the economist said.

Makaryan noted that according to the forecasts of international  experts and structures for 2017, the Russian economy is expected to  grow by 1.1%. However, if the growth trends continue at the same pace  and if no problems with new sanctions arise, one should expect higher  economic growth in Russia, he said. In this light, Makaryan thinks  the Armenia-Russia commodity turnover will grow: the export trade  contracts will be concluded at favorable prices and import will be  carried out on more affordable terms. He also thinks that  intensification of the bilateral economic cooperation will result in  investments in Armenia's economy by the Russian private sector,  particularly, by the Diaspora. "The recent talks between the Armenian  and Russian prime ministers covered issues related to possible  creation of a special investment fund, which I think will encourage  the Russian business or the Diaspora to invest in Armenian economy,  especially in the sectors exporting goods to Russia," he said,  pointing at machine building, mining, power engineering, greenhouse  facilities, etc.