Vahan Avetisyan: To reach the goal,  we should clearly define the priorities 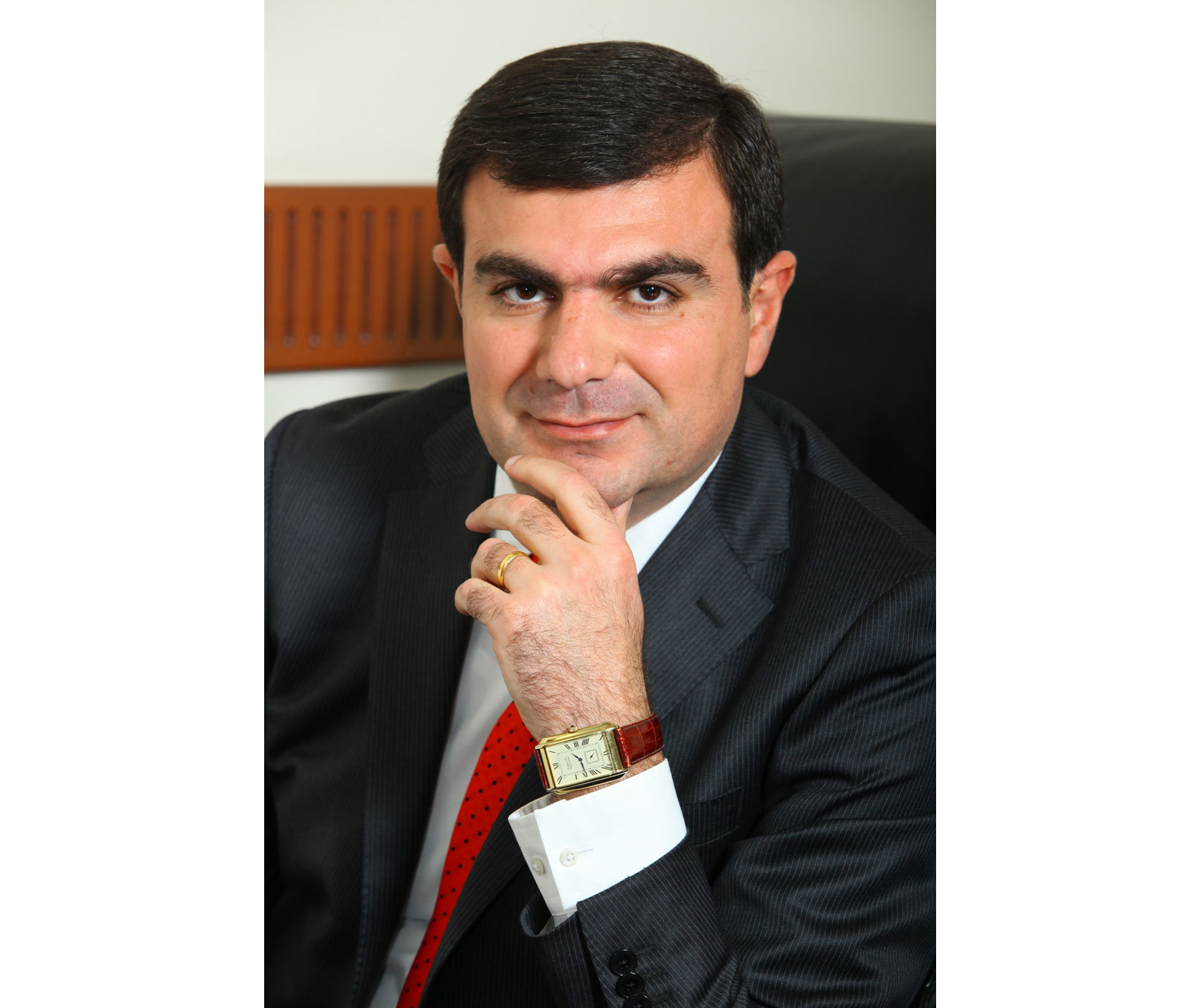 What is your estimation of bonus-malus system performance?

Talking about the efficiency we assume being balanced, i.e. the amounts paid per bonuses are equal to those collected per maluses. Regarding the new system – i.e. transmission from drivers to vehicles owners, I think that an essential part of operational processes while signing the insurance contract and within insurance cases have essentially decreased, as well as the main part of fraud related risks are controlled.

How do you estimate the efficiency of losses management within the euro protocol? What are the main advantages and what omissions have been fetched out for the period of implementation and operation of the innovation mentioned?

Due to euro protocol – that was a necessary step, and it turned very efficient. Today the 50-60% of insurance cases – and in monthly view that makes 1500-2500 cases-are being registered within this system and clients get their reimbursements in a very short term, which forms 7 days in average. We have even cases when the reimbursement threshold exceeds a  bit  the  limit of AMD 100 000, let’s say for AMD 10-20 000, but clients use to choose this simplified tool and get reimbursements in the limits of AMD 100 000.

And there were really no  problems?

The main problem is the low level of drivers’ aware by now. Particularly, today, in respect to 40-50% of cases, they don’t have the appropriate declarations to fill in and, due to an old habit, refer to their insurance companies. But we have found the solution of this problem – we deal with insurance companies and road police, to provide drivers with such declarations to fill in.

And how do you hold your struggle with fraudulent attempts to declare the old damages together with those got in given accident?

This is usually being fetched out by expertize, which clearly divides new damages and old ones. Besides, This year we are intended to launch a unified electronic platform for OSAGO/ TPL (third part liability insurance), where all the insurance cases and all the damages caused by any accident will be registered, which will allow to set a total control and to exclude any cases of fraud. We have already fixed several fraud cases from September up today, but for this moment those are not more than 20-30. He conducted an appropriate analysis, and due to some of those we applied to court and prosecutor’s office, and the initiators are put under criminal liability. Such facts are being highlighted at our website. It is obvious that such type of drivers will never expire, but let me assure you this is a very manageable process. Which point of view from? First, we do possess enough tools to define the level of fraud, and next, we could apply to such drivers pretty strict maluses. For today, the per cent of fraud among drivers, according to our expert estimates, is in the limits of 1-2%

How could the voluntary 9self) declaration in the cases of accidents could decrease the road  tie ups?

Of course, the self –declaration of accidents sharply decreased the number of tie ups on the highways, because the time of  accident registration has shortened thrice – in 10-20 minutes maximum the road is being cleared in light accidents cases, while in prior, before the implementation of self-declaration tool,  any given road had been blocked in average for 40 minutes-one hour, and in heavy accidents cases – for 1,5-2,5 hours, until the insurer visited the accident site and called road police upon the necessity. But we are not intended to stop on what we reached, and we   plan together with road police to automate the declaration process with the help of appropriate software tool. And, maybe, we will succeed with reducing the time of light accidents down to 5-7 minutes, and in heavy cases the registration of the cases could be organized in 15-25 minutes in average.

Why the automated option of accident declaration has not been set initially than?

Let’s say these changes are natural for the current stage of development. Initially, when the TPL was implemented first, the main task was the financial capsulation of the system and the growth pulse. Today this system is sustainable enough, the insurance companies are solvent and the tariffs are calculated properly, the reimbursement volume is set at forecastable range, but there are some unconformities – accident cases are driven out of shadow, and the relations of parties got more complicated. Accordingly, for us the second stage of OSAGO reformation is the improvement of quality and comfortability of the service for all the participants of the market, for drivers and consumers.

Why did we choose the direct TPL reimbursements option, and not the natural reimbursements tool, like it is ion Russia, for instance? What is the advantage of our mechanism?

The natural option of reimbursement  assumes the compensation in a form of the vehicle repair, i.e. the driver has to choose one of several maintenance stations, and the payment is to be implemented by a transfer directly to the motor service, passing by the driver. I think this is wrong. And that is why our direct reimbursement does not impose the driver any exact place where he should have his car repaired, and the insurer company proposes two options: one is when the reimbursement assets are being provided to the driver and he decides himself where exactly he will repair his car, and the second is that at least three service stations are proposed and he has to choose one to repair the vehicle. But in this case the assets are subject to be allocated to the motor service directly. For today, in the vast majority of cases drivers prefer to get the monetary compensation and to arrange their cars repair all by themselves. At this stage we consider our method of reimbursement as proper, and in the future we will see and act depending on the situation changes.

Could the implementation of direct reimbursement mechanism be viewed as a full transition to TPL and comprehensive insurance based package, considering that it assumes the regress-based compensation and that TPL will prevail in the package mentioned?

The motor insurers bureau is not eligible to join together the OSAGO/ TPL and Comprehensive insurance, but we could set the preconditions to join these two segments and to sell those in a joint package. Let us take the same direct reimbursement tool, which, in essence, is set directly to create a combination of these two products as one single package, and to get to complete motor insurance as TPL and Comprehensive. We will set such a precondition to support insurance companies to provide their clients a higher quality, and to organize their work in a proper manner starting with contract signing and finishing with payoffs so that clients should not have to visit the insurers twice. From April 1, 2017 within our new package of rules and direct reimbursement implementation we could set all the preconditions necessary to provide more qualified service by every insurer. And now insurance companies have to adjust their internal procedures and to provide consequent quality growth.

Within the implementation of direct reimbursements systems we could recover the main thing – the competition at the insurance reimbursement markets, and the wish to provide a higher quality to the client. For example, in first three years of OSAGO/TPL implementation (2011-2013) the average level of losses reached from 55% up to 77%, because there was a strict competition between insurance companies in respect to reimbursements, but after the wish started to decrease, and the losses level decreased accordingly down to 53% in 2015, with non-significant growth up to 55% in 2016. In addition, from April 2017 the direct reimbursements system was launched, concentrating the attention of the insurance company on the clients. Already in January the disadvantageousness formed 72%, remaining at the same level in February as well. The year of 2017, up to my forecasts, we will complete with the level of disadvantageousness at 65-70% range.

Saying in other word, I define three main preconditions for implementation of direct reimbursements system:  first is to recover the basic stimuluses for healthy competition, second is the improvement of services quality, and the third is a creation of mechanism which would allow clients while buying the TPL package to deal with one insurance company, and that insurance company should be focused on the client.

In 2016 several groups of regulatory modifications have been implemented: the system of electronic notifications, self-declaration of traffic accidents, with a threshold of reimbursements increased from AMD 50 000 to AMD 100 000, the simplification of Armenian version of euro protocol, expertise procedures standardization, implementation of new simplified tool of bonus-malus etc. The main regulatory change of 2017, to be mentioned by me, is the implementation of direct reimbursement tool from the month of April, with the appropriate mechanism of mutual payments between insurance companies. By this, we completed another stage of OSAGO/TPL restructuration. Next year we plan to implement three more tasks: to continue the process of joining the Green Card system ( we initialized it in 2016), and to arrange all the necessary regulatory changes: to implement standard methodology and automated programs for damages and losses estimation, and to improve the bonus-malus system upon the appropriate need.

What do you think, are six insurance companies enough for Armenian market?

I think, for the volumes we have, 5-10 companies are quite enough. Our growth in respect to voluntary insurance is not satisfactory, and maybe the reason is in the TPL segments I stated, particularly I mean the absence of any preconditions for combined insurance products sales. The 2/3 of our insurance market is embraced by OSAGO/TPL, and this a pretty high motivation to create mutually connected insurance products.

Will the OSAGO/TPL prevail, or other forecasts  may have an existence?

I think, within stage by stage implementation of compulsory medical insurance, which is being often discussed at the Government recently, the volumes of the market will increase and the domination of OSAGO/TPL will drop down. As the share of OSAGO/TPL grow lower, the system will act more qualified. Already today I see many pulses in respect to insurance companies being client-oriented, I see willingness to expand the range of combined products, and that means our steps will reach the target.