The insurance market is marking time 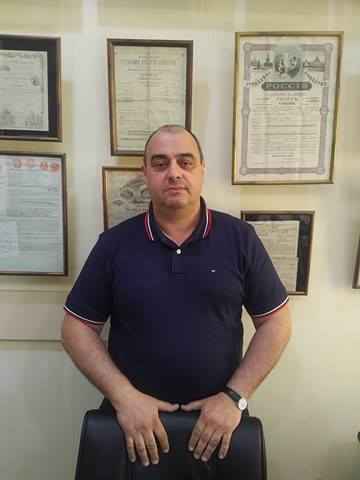 How do you assess the development of the insurance market of Armenia in 2016 and how do you determine the growth?

Of course, there are several traditional methods of assessing and characterizing the state of the market, but first of all it is necessary to assess the level of "density" of insurance services among the population, which is calculated according to the size of the collected insurance premiums per capita, it characterizes how actively the population uses insurance services. As an example, I will quote some data: in the United States, the premium paid is $ 3527 per person, in Germany $ 2904, in China $ 158, in Russia $ 297, and on the world scale $ 627 on average. For comparison, I would say that in 2016 this figure in Armenia was only about $ 23. But let us not forget that a few years earlier this figure in Armenia was $ 2, while there were more insurance companies on the market.

The situation in insurance is a reflection of economic development - the worse the situation in the economy, the naturally lower are the market indicators. Last year's growth of insurance premiums by 5% means that the market was tagged on the spot, as the sources of this small growth were mainly CMTPL and to some extent insurance of property and general liability.

Growth in CMTPL can be caused by the importation to the country of about 15,000 cars (the collected premium increased by 600 million AMD), property insurance - several large projects (which allowed to increase premiums by 400 million AMD), started with financing from external sources North-South, a number of reservoirs, etc.), in voluntary health insurance premiums increased by 420 million AMD, and responsibility - due to Armenia's entry into the EEU, Different types of responsibility - customs brokers, warehouses and carriers.

And what are the predictions for 2017 - pessimistic or optimistic?

For 2017 I still have a pessimistic forecast. On insurance premiums, I expect growth at last year's level, maybe a little more - up to 7%, and there is no expected to be a sharp increase even in the perspective of the government's forecast for higher economic growth. And even this 5-7% growth will be provided by point projects, such as alternative energy, the further construction of the North-South road, some road rehabilitation projects (let us say the Vanadzor-Bagratashen segment), and of course CMPTL.

The prerequisites for accelerating growth could be the launching of large projects, for example, the resumption of health insurance for civil servants (the so-called social package) and other major investment projects, but they are only being declared and no specifications on them yet. But in this case it would be possible to assume a probable growth in 2017 somewhere in the range of 20-25%.

What main trends in the development of the insurance market would you single out?

First of all, I would call the increased attention of the government to this segment of the economy and the financial market both from the point of view of the market itself and risk management in the economy as a whole. First of all, this concerns the intention to create a mechanism for insurance of agricultural risks. This is, as a rule, a subsidized type of insurance activity and it needs to be developed with the support of the state. Important are the intentions of the state to strengthen the system of social guarantees of the population through the transition from voluntary to compulsory health insurance (CHI). In the fall of 2017 or in 2018, probably the first stage of the reform will work, and then we will see. In addition, the government they already talking about the introduction of environmental risk insurance. All these steps of the new government are inspiring.

What can you say about the legislative changes in 2016 and those of planned in 2017?

In 2016, they concerned CMTPL - direct reimbursements - they are important, but not global. The Law on Insurance and Insurance Activities included 17 amendments, but they were mostly of a stylistic nature or related to some accounting methods or were of a legal nature for harmonization with other laws or by-laws.

But for one moment I would like to draw your attention - in 2016 the question of insurance against earthquakes was raised. The fact is that for several years insurance companies in the property insurance class from natural disasters also carried out earthquake insurance, but the amount of payments under the policy or the case under the reinsurance contract was limited - for a case a certain amount was supposed to be, say $ 3 million, in case of a serious disaster, the market may face problems. No private insurance company can solve this issue on its own, which means that it needs a state solution. In other words, it is necessary to create a national program to protect against earthquakes and insurance of risks, as for example, it was done in a geographically close to us and located in an identical seismic zone of Turkey, where it is a mandatory component. The Turkish catastrophic insurance pool was established in 2000 after the devastating 1999 earthquake. The pool was intended to replace state obligations to finance the reconstruction of houses after earthquakes.

The program is carried out as compulsory insurance, tied to the registration of buildings. Rates depend on the degree of risk. Standard coverage for commercial enterprises involves co-participation with the insured in risk: 80% is covered by the policy and 20% is paid by the policyholder. A deductible of 2% is applied for each loss.

For frequent buildings, the pool is protected by a limit of - about 100,000 USD, any excess can be reinsured in the local market. The pool is open only to local companies. Insurance premiums range from 30 to 60 EUR per year, which is not expensive. Between 2000 and 2003, about 50 earthquakes took place in Turkey, and the pool paid about 7 million USD to 4,200 building owners. This program is considered the world's best system of insurance against earthquakes.

In Armenia, certain studies and calculations were carried out with the help of the Japanese experts, but we do not know the continuation of this process.

Why is the state prolongs this process?

Apparently they do not want to increase the financial burden in a crisis situation, since this can lead to discontent. In addition, you need the finance and time to develop the project. It is also necessary to attract large foreign reinsurance companies to this issue.

I wanted to ask about the reinsurance business: which countries are the main holders of Armenian risks? Risks are transferred directly by insurance companies or are preferred by reinsurance brokers? How do you assess the overall reinsurance market in Armenia, and what are its main trends?

Our market is small and in a global sense, there is no interest on the part of reinsurers. The lack of interest is primarily due to a small insurance premium transferred to reinsurance. So, for example, CMPTL takes on average 55% of the market, but in this segment there is no sense in reinsurance, as well as in another segment - health insurance (17% of the premium collected). And from the remaining 28%, and somewhere around $ 18.5 million for reinsurance, about $ 9.4 million per year is transferred and this amount cannot cause "agitation" in the reinsurance market.

Today Russian "Ingosstrakh", "Rosgosstrakh" and several other Russian small insurance companies work with Armenia, and German Allianz SE, English Lloyd, French SCOR, Polish reinsurance company, from major international companies, on some deals there is participation of Korean, Swiss and German companies. Somewhere 10 reinsurers work with Armenian insurance companies on an ongoing basis. For example, the French SCOR has been operating for more than 10-15 years. And if your reinsurer does not work for a certain class, then you have to look for another specialized one, as in the case of "piece" risks - construction and installation works, roads, thermal power plants, etc. Some of our insurance companies work directly with the reinsurer, and some - through insurance brokers.

There has recently been increased interest from some reinsurers to major tenders, such as the North-South road project, to professional liability insurance - customs brokers, and to the issue of earthquake insurance. Reinsurers from India and China, who are strategically interested in both large and small markets, regularly tease us but to deal with new untested companies is still risky.

What legislative requirements prevent or hinder the work of foreign reinsurance companies in Armenia?

This is a high rating scale presented to reinsurers - no lower than "A-" rating, and another reservation of a certain amount from an agreement with an Armenian insurer, if the reinsurer has a lower rating.

Can the number of insurers, as happened with banks, shrink?

I think not - the capital ratio has already been increased from 500 million to 1.5 billion AMD. Now the Central Bank needs to maintain a balance. There are 6 insurance companies left, which are quite enough for the Armenian market. But, it is quite predictable that with the introduction of any new mandatory types of insurance, as the CHI, say, the total capital ratio may be toughened.