Expert: Armenian companies do not realize the value and importance of digital technologies as new possibilities for business development

ArmInfo. Armenian companies do  not realize the value and importance of digital technologies as new  possibilities for business development. The director of the Armenian  representation of the corporation Microsoft Liana Korkotyan expressed  this opinion to the journalists on May 30 during the joint event with  the Bank ACBA-Credit Agricole "Digitalization of business".

"I hope that the situation will change soon and the businessmen will  reevaluate the role and the significance of digital transformation  for the raise of effectiveness of business processes. Today they are  not ready to pay for the use of digital technologies. And Armenia's  indicator on the use of pirated versions of Windows is the highest in  the region - 86%", she explained.

For his part, Deputy Chief Executive Officer of ACBA-Credit Agricole  Nikolay Hovhannisyan noted that currently only 10-15% of the Bank's  clients use digital services. "Thanks to such events, we want to  raise awareness of business organizations about the benefits of  digitalization," he stressed.

Answering the question of ArmInfo, N. Hovhannisyan explained that  thanks to digitalization, a small group of talented and ideological  people using digital technologies can become a worthy competitor to  large business, regardless of how much a large company invested in  the development of its activities. "The bank is interested in  cooperation with Microsoft, since with the activation of the use of  digital technologies the Bank will be able to expand the range of  operations, customer base, financing volumes and make a significant  contribution to the Armenian economy," added N. Hovhannisyan. 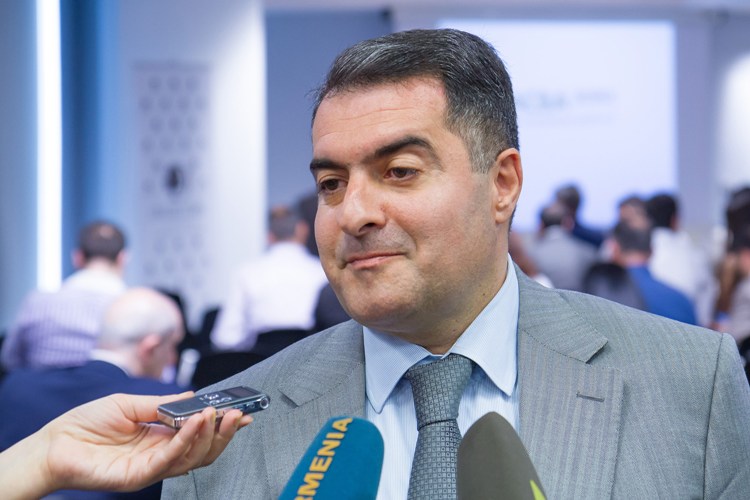 During the event, the participants were presented with modern  software solutions that will help make the transition to  digitalization, thereby increasing the efficiency, flexibility and  availability of business, and ensuring success in business  development through digital transformation. Deputy Chief Executive  Officer of ACBA-Credit Agricole Bank Nikolay Hovhannisyan and  Director of the Armenian office of Microsoft Liana Korkotyan signed a  memorandum on cooperation, within the framework of which the parties  intend to promote the growth of business processes efficiency and  increase the competitiveness of SMEs.

To note, "ACBA-Credit Agricole Bank" CJSC has been operating in  Armenia since 1995. Since September 2006, the largest European  banking group Credit Agricole SA has been the majority shareholder of  the bank. With a 15.56% equity interest, followed by the  participation of SJSC Sacam International (a member of the Credit  Agricole SA group) in the amount of 12.44%, along with which there  are 10 regional Unions of Villager Mutual Assistance). In terms of  coverage of the branch network, the bank is included in the TOP-5,  and by the number of regional branches it occupies the third  position. In terms of lending to SMEs, ACBA-Credit Agricole Bank is  included in the TOP-10 - as of April 1, 2017, 37.5 billion AMD or  19.1% of the bank's loan portfolio. The Bank traditionally leads in  agriculture, but at the same time it actively finances other sectors  of the economy and retail lending.

To recall, Microsoft is the world leader in information technology,  providing a wide range of devices and services, software and IT  services. It is one of the world's largest corporations, operating in  more than 190 countries. With Armenia, Microsoft Corporation has been  cooperating since 2007 under the signed agreement in Edinburgh  (Scotland), according to which Microsoft implements a number of  investment, educational and innovation programs in Armenia, including  the opening of the Microsoft Innovation Center in Armenia.