Expert: only in case of Armenian export volume increase to the level of 3 bln USD, it is possible to solve social problems of the state and develop military-industrial complex 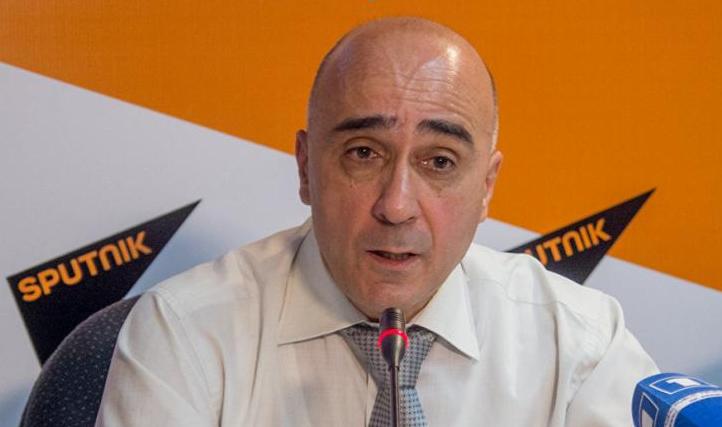 ArmInfo. Only in case of  Armenian export volume increase to the level of 3 bln USD, it is  possible to solve social problems of the state and develop  military-industrial complex, Ashot Tavadyan, economist, member of the  Eurasian expert club stated during the round table "The role of the  expert and educational community of Armenia in the development of the  Eurasian economic integration". He noted that by 2016 annual export  volume was 1.5bln AMD, and in 2016, this indicator reached 1.775 bln  AMD. As Tavadyan stressed, key role in export growth plays its  structure. The main prospect of the export growth is the final goods  which has high percentage of included cost and that is Russia. The  volume of supplies to Russia and EU are approximately equal, but  Armenia exports to EU mainly raw materials.

The expert also noted that the correlation of the export products to  the GDP must reach 30% for the development of Armenia, and now that  indicator is only 18%. At that, according to him, the export of final  product should be our main goal, otherwise the state will not  experience significant development, as for the state with small  economy the outer market is pretty limited.

"According to the NSS, the volume of exports for 2016 increased by  20% over the year in comparison with the same period of 2015. In  2016, exports from Armenia to Russia grew by 50% .In fact, all export  growth was provided due to the growth of exports to Russia. In 2017,  exports grew by 22%, Russia - 31%, and also exports to the EU, but  mainly due to a rise in prices for non-ferrous metal, the price for  copper for 2016- 2017 increased from $ 4,400 to $ 6,500, for 48% .In  Russia, however, exports grew mainly due to the growth of exports of  finished products, "- cited the statistics expert, noting that tacos  index is encouraging and suggests that businesses of Armenia managed  to overcome the uncertainty in understanding the export procedures in  the country EAEU that existed in 2015 - the first year of Armenia's  membership in the Union.  Tavadyan outlined the factors that  influenced the growth of exports from Armenia to the EAEU. This is  the signing of an agreement with the Unified Energy System (EAEU) on  the removal of customs duties, simplification of all procedures -  from issuing and obtaining export licenses to customs clearance,  stabilizing the exchange rate of the Russian ruble, reducing gas  prices, etc. As for anti-Russian sanctions, the economist is of the  opinion that they can be a stimulus for the development of the  innovative industry, not only in Russia, but also in other countries  of the EAEU. "It is necessary to adjust priorities of economic  policy, clearly define and agree on its goals, formulate a new model  of economic development for the EAEU countries and predict the  expected results. The formation of the EAEU will go under a better  scenario if the EAEU fulfills the key requirements of the EAEU  Agreement and carries out coordinated industrial policies, concerted  fiscal, monetary, in particular monetary policy, and it is also  extremely important to develop and agree on measures for an effective  The key to success from the integration of the countries of Eurasia,  strengthening their economic security, first of all, is in their  hands, "Ashot Tavadyan stressed. It should be noted that the  roundtable was organized by the Eurasian Economic Commission, the  Eurasian Expert Club, the Research and Analytical NGO "Integration  and Development" and the Noravank Foundation.

The round table is organized by the Eurasian Economic Commission,  Eurasian Expert Club, Research Analytic PO Integration and  Development and Noravank Fund.