Expert: The domestic real estate market has already created everything the prerequisites for reviving the situation and increasing prices in 2018. 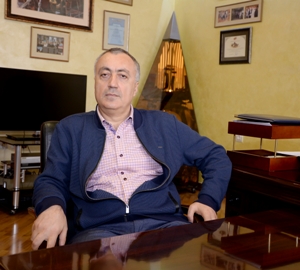 ArmInfo. In 2017, the sharp the volatility of property prices was not observed due to lack of changes in the cost of construction 1kv.m. housing. This was stated in the conversation with the correspondent of ArmInfo by the chairman of the corporation "Akcern" Hakob  Baghdasaryan.

However, in 2018, according to the expert, all the prerequisites for the growth of prices and the revitalization of the real estate market have already been created. In particular, he noted that next year the prices for real estate can increase to 10% if the government's steps in terms of increasing economic activity will be continuous, more sharp and bold.

"Real estate is a very interesting indicator, showing the real situation in the economy of the country, so the revival of the economy, certainly, will affect the increase in property prices>, - he said. From this point of view, in A. Baghdasaryan's opinion, 2018 will be the defining year for Armenia.

According to the expert, considering certain steps taken by the government in the tax and customs field, some laws will come out in 2018 that prevent the inflow of considerable investments into the Armenian economy. Today's growth rates of economic activity are not satisfactory, which is why there is a deficit of demand in the real estate market. By and large, the expert attributes this to the low profitability of business, which also affects the level of consumption of the population. In his opinion, the ineffectiveness of the Armenian business is influenced by a number of different problems, in particular, related to certain requirements of the tax legislation. In this regard, Baghdasaryan noted the tax on profits, which in Armenia is 26%, while in Russia - half. At the same time, he pointed to high tariffs for energy resources, gas, the level of bureaucracy and other factors that affect directly the organization of exports. "At the same time, the state should make profit an hour later than the entrepreneur himself, and not vice versa," he stressed. At the same time, he noted the difficulties of business related to financial accessibility.