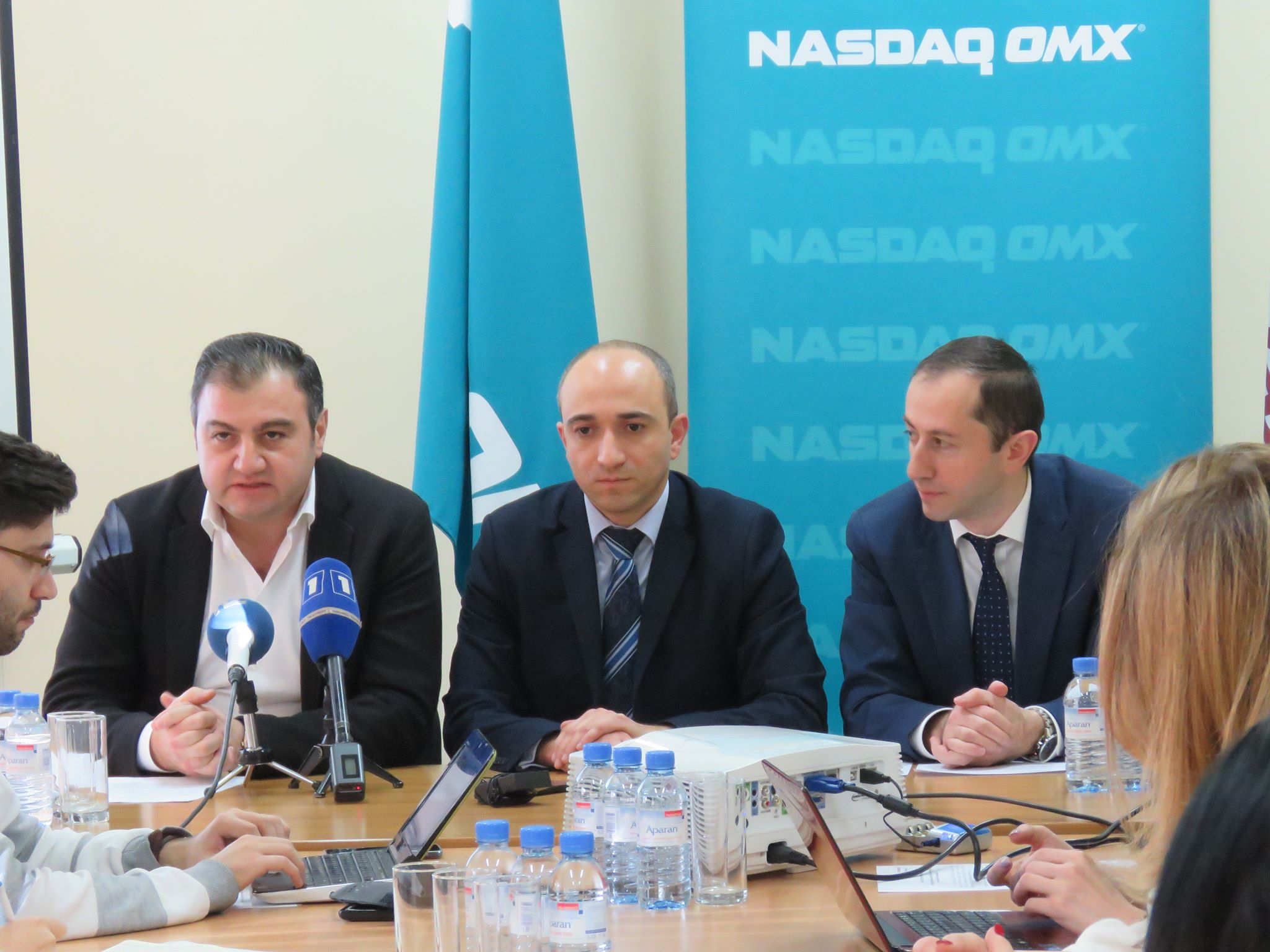 ArmInfo.  For the first time, securitization of mortgage loans is carried out on the Armenian capital market and this process was marked by ARARATBANK and Universal Credit Company First Mortgage Company. In particular, the "FMC" issued 2 tranches at once - dollar and AMD bonds in the amount of 100 million drams and $ 500 thousand secured by mortgage loans, underwriter and market maker of which is ARARATBANK.

As David Harutyunyan, Deputy Executive Director of ARARATBANK, stated at the press conference on December 12, the demand for debut mortgage bonds exceeded the offer by 34% and it was possible to place all the presented volume. Head of the investment department of ARARATBANK Edgar Evoyan, for his part, added that at the moment the level of collateral is 103%, the investor's funds are secured by mortgages with mortgaged real estate for more than 50%. Concerning the provision in the prospectus, it is explained that the balance of the principal amount of mortgage loans as of November 1, 2017 is 152.6 million drams and 364.9 million drams respectively provided for in the AMD and dollar issues.

Within the framework of the dram issue, 10,000 non-documentary mortgage coupon bonds (AMFMGCB22ER1) were issued with a nominal value of 10,000 drams, with coupon yield of 10.5%, and within the dollar issue - 20,000 mortgage bonds (AMFMGCB21ER3) with a nominal value in $ 25, with coupon yield of 6.5%. The maturity of bonds for these two issues is set at 2 years, and coupon payments are provided once a quarter.

"This is an unprecedented issue on the capital market of Armenia, and such emissions will be of a protracted nature," D. Harutyunyan emphasized.

David Atanesyan, Director General of PIK, noted that the issue of the next tranche will be larger and the circulation period will be longer, adding that the proceeds from the placement of mortgage bonds will be used to provide new mortgage loans.

According to Karen Zakaryan, the deputy director general of the NasDaq OMX Armenia, by the end of 2017, the issue is expected to be issued, the total amount of which will be equivalent to about $ 20-25 million.

According to Ranking of credit companies of Armenia as of Sept. 30, 2017, prepared by NA ArmInfo, the credit portfolio of UCC First Mortgage Company is 7.4 bln drams or $ 15.4 mln with annual growth of 6.8%. UCC "First Mortgage Company" has been operating in the Armenian market since April 2004. Shareholders on 1 October 2017 are Nshan Atinizyan - 35%, Margrit Atinizyan - 35%, David Atanesyan - 30%.