Until 2025, equal competition conditions will be created for all air carriers of EAEU countries 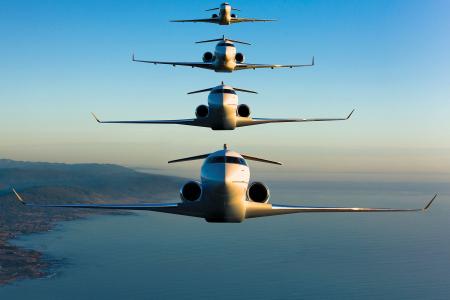 ArmInfo. Until 2025, in Russia and other EEA countries, Armenian air carriers will get equal competitive conditions with local airlines. ArmInfo was informed about this in the press service of the General Department of Civil Aviation under the Government of the Republic of Armenia (GDCA).

According to the press secretary of GDCA Satenik Hovhannisyan, earlier, the leadership of the Eurasian Economic Union (EAEU) agreed to create equal conditions for all modes of transport, including the formation of a common airspace. The corresponding decision was taken by the Prime Ministers of the EAEU countries in August this year. during the meeting of the Eurasian Intergovernmental Council (EAIGC) in Astana. The overall process of forming a single aviation space was divided into three stages.

Within the framework of the first stage, a "roadmap" was approved for the liberalization of air traffic in the countries of the Union for the period from 2018 to 2020. At the first stage, it is planned to study the legislation of the EAEU member countries in the field of aviation, to bring it into compliance with the standards of the International Civil Aviation Organization (ICAO), harmonize the legislation of the Union countries in the field of air transportation, identify barriers to establishing equal and fair competitive conditions, as well as to sound recommendations on existing problems. By 2020, in addition to the implementation of coordinated (unified) training, retraining and advanced training programs for aviation specialists, it is also expected to develop mechanisms aimed at ensuring equal (non-discriminatory) tariff conditions for all participants in the air market.

The implementation of the activities will begin on January 1, 2018. As the member states of the Union are ready, it is planned to implement the second and third stages - for the period from 2020 to 2023 and 2023- 2025 respectively. In particular, despite the absence of an appropriate road map for this period, until 2025, it is expected that existing restrictions will be lifted in the performance of regular international air services between the EAEU member states in terms of destinations, number of designated carriers, capacity, frequency of flights on contractual lines within the framework of intergovernmental agreements on air communication, as well as transit flights of carriers of one Member State through the airspace of another State who are performing international flights.  According to Satenik Hovhannisyan, despite the reservation in the "road map" "as soon as the member states are ready," the year 2025 was recognized as the final term for ensuring equal tariff conditions for the airlines of the EAEU countries during the operation of the agreed routes. This goal is planned to be achieved by ensuring equal tariff conditions for the use of aviation infrastructure and preventing the collection of additional payments from airlines for the use of airspace of another member state. Thus, for airlines of the EAEU member countries, the same airport rate and tariff for air navigation services will be established, and restrictions on flights will be

Meanwhile, on the eve of answering ArmInfo's question, Robert Hovhannisyan, General Director of the Armenian airline "Armenia" stated that from June to October of 2016 the airline was flying to Moscow, after which it was necessary to suspend flights. "In this direction, there are very unequal conditions." According to Russian legislation, the non-national carrier pays several times more than the Russian carrier, "Hovhannisyan said. Thus, he explained, every 100 km for an Armenian carrier costs $ 100, and for the Russian - $ 27, not to mention airport fees and fuel tariff. As a result, in spite of the fact that about two dozen flights are carried out daily from Yerevan to Moscow, all of them are carried out by Russian air carriers. As the Armenian air carrier noted, the issue can be returned only after the establishment of equal competitive conditions for all market players.  Back in December 2016, the head of the Central Administration of Aviation, Sergey Avetisyan, stated that the Armenian aviation authorities are negotiating with the Russian side in order to ensure equal for the Russian air carrier at the airports of the Russian Federation.  Meanwhile, in early 2013, Armavia went bankrupt as a result of unfair competition and pressure from Russian airlines.