Grant Thornton: In 2018, more than a third of the leading positions in companies operating in Armenia belong to women 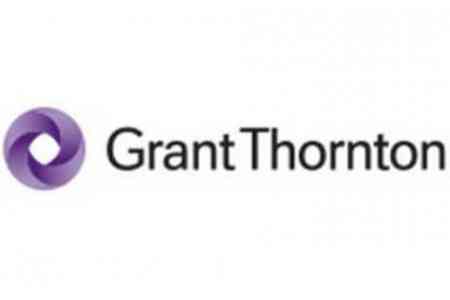 ArmInfo. Armenia for the year 2018 on the indicator of the representation of women in leadership positions compared to 2017, moved up by one percentage point - from 31% to 32%. This is stated in a new report of the international organization Grant Thornton International (Grant Thornton International), published on March 8, 2018. At the same time, in the Armenian companies surveyed, the diversity of managerial positions did not improve - 17% of companies did not attract women to executive positions, compared to 10% in 2017.

According to the report, a significant number of companies in office positions attract at least one woman - 75% compared to 66% in 2017. However, at the international level, the gender gap continues to be evident:  the number of women in decision-making positions has decreased compared to last year's figure (24% vs.  25% in 2017). The highest rates of representation of women in senior positions are registered in Africa (89% of companies have attracted at least one woman to the leadership), as well as in developed countries of Eastern Europe (87%). The Latin American countries showed a more impressive growth (from 52% to 65%), a significant increase in North America (from 69% to 91%) and EU (from 64% to 73%).

"To create a real platform for change, it's not enough to talk only about methods, we need a wider range of involvement in the management teams," the report says.