“Neither old nor new grounds to stop activity of the largest investor’s activities: just a smear campaign” 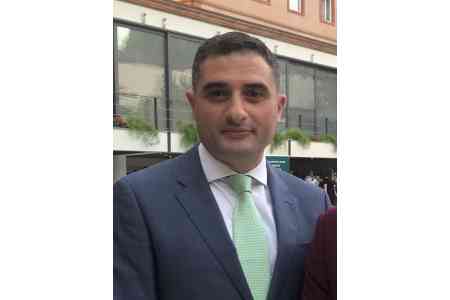 ArmInfo. In an interview with ArmInfo the lawyer of the Lydian Armenia Company, Armen Melkumyan, to present the situation.

- Mr. Melkumyan, tensions are running high over Amulsar Project. What is new about the clashes that happened a few days ago?

- Company filed a lawsuit and will follow up to ensure that the culprits of the incident are held responsible. Company’s employees arrived at their workplace relying on the Environmnetal  Inspection Department Resolution and Recommendations that was submitted on Friday, August 24, and contained nothing obligating them to abstain from work (such wording appeared 3 days later). Moreover, the Resolution implied that certain works need to be carried out at site. Taking into consideration the Resolution, company employees went to their workplace. But they never managed to get to the mine. Clashes were instigated and there was an impression that the individuals who illegally blocked the roads, were well-prepared for the clashes they instigated, and which took place in front of high-ranking Police officers. Some of these people who were armed and drunk, attacked the Company’s employees, threw rocks and bottles on them. I must say, most of the people there do not even know what they are “fighting” for. They have joined this group with an unknown source of funding. There is a good chance that this is provocation against the largest investor. In any event, it is unclear what are the financial sources that feed these activities against the Amulsar project. The Law enforcement bodies need to find out what are the sources of financing of these activities aimed at disrupting the Company’s work and what are the real motives and goals of this.  Now these groups have announced crowdfunding. I want to ask, how did they finance these activities for so long before they announced “crowdfunding”?

- You are speaking about the best standards, but the Inspection Department suggested the Government to perform a new expertise and stop Lydian’s activities within that period.

- It is worth noting that the Environmental Inspection Department’s Report and the relevant Resolution does not support any need for this suggestion. No deviations from the design documentation were detected related to issues like risks of air pollution, water, management of acid rock drainage. It needs to be noted that the Head of the Inspection Artur Grigoryan, before he was appointed as the Head of the Inspection, was notorious for his fight against the Project, including dissemination of unfounded, false accusations of some activists. There is a clear conflict of interest issue and he could not, obviously, be objective. I believe that the Inspection had aimed at attacking the Project at any cost. It is clear, that they failed to find any deviations from the design, they used “new ecological factors” to declare EIA expertise to be no longer in force.  These “new ecological factors” refer to a Red-listed butterfly and a plant species. Lydian has responded to that assumption and will give its legal response. Inspection Department Head Artur Grigoryan was determined to halt the Company’s activity upfront. How could they authorize a person who had repeatedly come out with biased statements on the Project to lead an impartial inspection? In fact, he uses his authority to attack the Project. Nevertheless, despite his big desire to do it, his arguments have the weight of that butterfly.

- Do you mean that the new factors are not serious enough to stop the Project?

- First, these “new factors” are not by any means new. Acantholimon caryophyllaceum Boiss plant species and Apollo butterfly (Parnassius apollo) were addressed in Lydian studies. Detailed studies ruled out any adverse impact on these species, as they are not present in the Project immediate impact area. I am speaking about scientifically substantiated conclusions, whereas what the Resolution contains are just assumptions. It is important to note that even the expert that has come up with the argument in the report, does not state that it is exactly Acantholimon caryophyllaceum Boiss plant and only suggests that it “may be” that species. Thus it appears that while the Inspection didn’t find any deviation from design documentation in Company’s activities, they have issued a document against the Company based on assumptions that are not substantiated by science. The Inspection body has relied on an amateurish resolution that impacts a Company that has invested almost half a billion USD and made huge investments into the development of the surrounding communities.

- Inspection Department detected apparent illegal extraction of rock mass. A criminal case was initiated against the Company. What do you think about it?

- The Inspection Department failed to provide any proofs indicating that Company extracted anything from borrow pits. During inspections, they tried to prove that clay was extracted from the borrow pits, but even their expert did not confirm that.  Furthermore, under the law, illegal mining is the removal of mineral resources from the site and recovery of valuable elements. There was no proof presented for this claim. In the criminal case, they mention “an apparent” violation. Actually, this is a “violation” “apparent” for Artur Grigoryan.  From legal point of view, such vulnerable claims cause a serious damage to the reputation of that government department. Moreover, this behavior of the Inspection Body contains other risks. That is: will other investors come to Armenia while they see this unserious attitude towards business?