Yulia Ustyugova: Armenia can get access to IMF “insurance line” 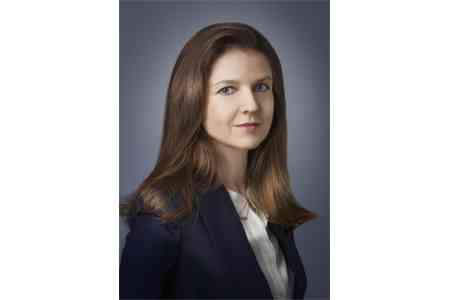 ArmInfo. Armenia became a member of the International Monetary Fund (IMF) on May 28, 1992. Since then, the IMF has been providing macroeconomic policy advice and assistance to Armenia, including under Fund-supported programs.

Following the expiration of the previous arrangement under the Extended Fund Facility in 2017, the Armenian authorities have consistently declared their willingness to continue cooperation with the IMF to ensure the continuity of programs to reform the country's economy. And only recently the IMF team and the Armenian authorities have reached staff-level agreement on a precautionary Stand-By Arrangement for the amount of $250 million.

Ms. Yulia Ustyugova, the IMF Resident Representative in Armenia, in her exclusive interview to ArmInfo elaborated on the program priorities.

Recently, following the two-week visit to Armenia, the head of the IMF Armenia mission Mr. Hossein Samiei declared readiness to support the reforms of the Government under a precautionary Stand-By arrangement. What priorities-recommendations will be put in the basis of the program, what issues will it focus on?

Currently, only a preliminary agreement has been reached between the Armenian authorities and the IMF staff under a new precautionary Stand-By Arrangement. The staff-level agreement is subject to approval by the IMF Board of Directors, which is expected to consider it in May.

The potential new program, supported by the IMF, is designed in line with the government program, which aims at tackling corruption, improving business environment, and developing human capital and infrastructure. The IMF and Armenian authorities have been working on designing specific program measures related to fiscal, monetary policy and structural reforms, which would be described in a report following the meeting of the IMF Board of Directors. This three-year program would be subject to semi-annual reviews.

It is important to note that the authorities intend to treat a new Stand-By Arrangement as precautionary, because currently Armenia does not face difficulties with financing the current account deficit. According to the IMF estimates, Armenia’s international reserves are currently at “adequate level”. A precautionary SBA, if approved, would provide the monetary authorities with an access to an “insurance line”. This means that in the event of an unexpected shock, Armenia would be able to quickly draw on approved amounts to boost its international reserves.

The risks to the outlook do exist. They are mainly external and include increased global trade tensions or turbulence in global financial markets, which could lower trading partners’ growth and commodity prices, or a pickup in regional geopolitical tensions. Having a Fund-supported arrangement would send a signal that Armenia has a “safety cushion” and help boost confidence of investors and donors in economic policies pursued by the country. This is especially important given the upcoming refinancing of Eurobonds in 2020. 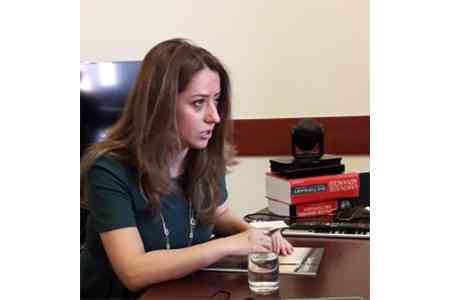 In 2017, the economy of Armenia grew by 7.5% versus almost zero - 0.2% in 2016. In 2018, it slowed down a bit to 5.2%, exceeding at the same time the target envisaged in the budget by 0.7 percentage points. But the point is that the economic growth over the last 2 years was mainly due to trade and services sectors, while the main sectors are significantly lagging behind.  How would you assess the situation with current GDP structure in the country, when economic growth is not supported by basic industries? Should we expect changes in 2019?

Lack of a diversified economy is among the main structural challenges that the country is facing. It makes the economy more vulnerable to external shocks and constrains the economy’s capacity to grow solidly to tangibly reduce poverty and unemployment. Promoting diversification requires further concerted efforts by the authorities to enhance non-price competitiveness, deepen trade integration, improve business climate, thus invigorating private-sector led growth. The impact of policy actions on the structure of the economy, however, will take more than one year to materialize. This calls for early action on the policy front.

According to  2019 budget the Armenian Government expects GDP growth at the level of 4.9%, while the state budget deficit will be AMD 150 billion or 2.2% of GDP. Social spending and humanitarian financing will grow. But capital expenditures will increase slightly, from 2.3 to 3% of GDP. Don’t you think that under the circumstances of high rates of unemployment and declining inflow of foreign direct investment the state should assume the function of being the main source of growth? Do you think that the state should invest more in infrastructure development?

The 2019 budget was guided by the new fiscal rules. These rules give priority to government capital spending to support future growth. In particular, if the government debt exceeds 40% of GDP (now it is slightly above 50% of GDP), the fiscal deficit should not exceed capital expenditure. At the same time, the growth of current expenditure cannot exceed the average growth rate of nominal GDP in recent years. Accordingly, under the 2019 budget, capital spending is set to increase in nominal and real terms, while current expenditure grow only in nominal terms.

Given the ongoing fiscal consolidation, the increase in public capital expenditure from 2.3 to 3 percent of GDP in 2019 is a move in the right direction. At the same time, we agree that the need for both capital and social expenditure is much higher than what the budget “could afford”. Certain social expenditures need to be increased to support the most vulnerable segments of the population. Education and health would also require higher public spending to support the sectoral reforms underpinning future economic growth. All this calls for further mobilization of fiscal revenues.

Look, in 2017 and 2018, both the old and new Governments of Armenia refrained from implementing some foreign-financed projects, justifying that there are doubts about their efficiency. As a result, the execution rate of foreign-financed projects in 2018 was 50-60%, and currently Armenia has about US$ 1.5 billion of unused amounts, for attraction of which, in most cases, loan agreements have already been signed. What is the attitude of IMF to this position of the Government and to what extent can this negatively affect the economy as a whole?

The execution rate of foreign-financed projects in both 2018 and 2017 was indeed relatively modest. It is important to carefully look into the reasons. First, there are certain external factors that have been preventing timely implementation of individual projects (for example, outdated maps). Second, the year 2018 was a “transition” year. You would agree that the investment priorities of the new Government may differ from those of the previous Cabinet, meaning that it would be unreasonable to expect automatic continuity with the budgeted projects, especially given the anti-corruption drive.

But there is a more fundamental reason associated with shortcomings in the public investment management system. Limited fiscal space puts additional premium on project appraisal, prioritization, as well as selection of optimal financing options. Strengthening public investment management are among the priority areas that would be supported by the proposed arrangement with the IMF.

There was a time when IMF was not very supportive of the state guarantees to be issued for specific investment projects. What is the current position of the Fund? Can the Government act as a guarantor of large private investment projects?

The public sector can extend such guarantees. For instance, public sector guarantees are a common feature of Public Private Partnership projects, which leverage the strength of each of the partners to achieve more effective project implementation. However, it is important to take into account fiscal risks and register contingent public sector liabilities associated with public-private partnerships that one day can become public debt.

The position of the IMF is that all countries should adhere to transparent and comprehensive reporting of public debt liabilities. Greater transparency with respect to public debt liabilities can help prevent the build-up of large “hidden” liabilities, which in due course can turn into explicit government debt. Recent cases of hidden debt, including in the region, demonstrate the adverse economic and social consequences that borrowers may face.

Does the IMF have specific recommendations for development of capital market in the country?

The underdevelopment of capital markets in Armenia is an important impediment for medium- to long-term investment. Despite the necessary infrastructure, trading volume remains low, issuance activity has been very modest, and the stock market is small. Developing capital market should be a priority, and certain policy measures have been taken to promote the presence of institutional investors. The reform of the pension fund which came fully into effect in July 2018, contributed to resolving challenges from the demand side. However, more needs to be done to broaden investor base, promote de-dollarization of the financial market, raise confidence in the local currency, and boost liquidity. The recent Financial Stability Assessment Program (FSAP) report underlines that developing interbank and money markets is crucial for the development of capital and security markets. Also, the existing legislation for securities needs to be reviewed and developed to ensure that they are supportive of the development of the domestic capital market.

Thank you for interesting conversation.