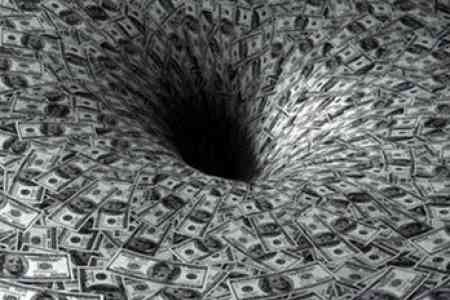 ArmInfo.  As of October 30, 2019, the unclaimed balance under external loans of Armenia amounted to $ 1.43 billion, the Ministry of Finance of the Republic of Armenia  reported to ArmInfo.

Are expectations worse than reality?  The other day, at a final press  conference, Minister of Finance Atom Janjughazyan admitted that due  to the low level of fulfillment of targeted credit programs by the  end of 2019, the level of public debt will be lower than the level  set in the RA Law "On the State Budget for 2019". According to  Janjughazyan, as part of the medium-term spending program for  2019-2021, the financial authorities forecasted a gradual decrease in  government debt to 50% of GDP. The republic was expected to close the  year 2019 with a debt above this mark. Meanwhile, it is already clear  today that by the end of this year, government debt will be slightly  more than 49% of GDP, and in 2020 it is expected that the figure will  reach about 48.2%.  "Armenia continues to be a country with a low  debt burden," the head of the Ministry of Finance stated.

Despite the fact that the funds remain unclaimed, the republic  continues to pay the so-called commitment fees. In 2018, Armenia paid  a fee of $ 2 million through undeveloped part of loans in the amount  of $ 1.5 billion. In January-September of this year, $ 972 thousand  were already paid as a commitment fee.

It seems that everything is fine, but something is wrong:

As the former Minister of Finance of Armenia Vardan Aramyan stated  earlier, the strictly conservative approach of the government in the  implementation of capital expenditures may be a positive phenomenon  at first glance, since it formally leads to the preservation or  reduction of the amount of public debt, but in the long run it  jeopardizes the potential for economic growth. In fact, it is capital  investments that provide the maximum multiplier effect for  sustainable economic growth, since these funds, budgetary and credit,  are directed to infrastructure projects, such as road construction,  irrigation and reservoir systems, and the energy sector. Thus,  according to the calculations of the economic team of the Luys  Foundation, of which Aramyan is a member of the coordinating council,  non-fulfillment of capital investments of 1.1% "fines" the potential  for GDP growth by 0.3 percentage points.

That is, according to experts' calculations, if in 2019 the  non-fulfillment of capital investments reaches about 65 billion drams  (or in the amount of 1.1% of GDP), then next year the economic growth  will be lower than the planned level by 1.1 percentage points. In  subsequent years, regardless of the level of investments made, annual  GDP growth rates will be lower by an average of 0.3 percentage  points.  According to experts of the Fund, the reduction in  government investment leads to a reduction in capital stock (for  example, to deterioration of the condition of roads, irrigation  systems and other infrastructures), which negatively affects the  productivity of the economy, reducing the profitability of  investments, in particular due to additional costs with business  entities. In addition, a reduction in private and public investment  leads to a reduction in productivity and labor demand. The decrease  in government spending also reduces export volumes - investment  returns are reduced, total factor productivity is reduced, which  leads to a loss of competitiveness of domestic producers in foreign  markets.