Ucom becomes an apple of discord and blackmail 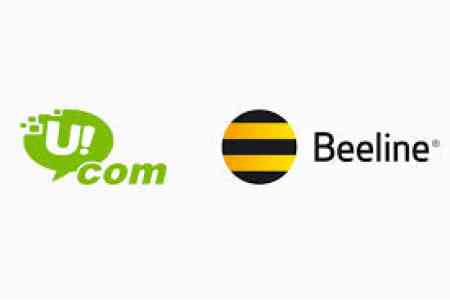 ArmInfo. In recent days, Ucom, one of the leading telecommunications operators in Armenia, has become not only an apple of discord between major shareholders and top management, but also a subject of multilateral blackmail, in  which both sides, sorting things out and pursuing their own goals,  are trying to involve in the issue the state, the company's team and  their colleagues-competitors. Unfortunately, the situation in the  country due to the coronavirus pandemic is quite favorable for this.

Last Friday, Ucom CEO and shareholder Hayk Yesayan confirmed the  information that after he had submitted an application for  resignation, hundreds of company employees followed his example and  also wrote a letter of resignation. According to him, 576 employees  expressed a desire to leave, most of them representing the top  management of the company, middle management and the entire technical  team. He explained the reason for the situation by the disagreements  between him, his brother, who together own a minority 5.94% stake, on  the one hand, and majority shareholders represented by three brothers  Khachatryan, and first of all, the head of the Board of Directors of  the company Gurgen Khachatryan. All of them, as you know, represent  Gagik Khachatryan, the ultimate beneficiary of the company, their  father and uncle, former super minister, finance minister, head of  tax and customs services, one of the richest people and officials of  the former government. Khachatryan, like his sons and nephew, is now  under investigation, and their accounts and assets have been frozen  by a court decision.

The day before this public letter, Hayk Yesayan sent an  intra-corporate letter to the team of his company, which ArmInfo also  read. In it, Yesayan explained his resignation as a result of the  events of the past few months. The CEO justified his statement with  the misunderstanding that developed between him and Gurgen (he  mentioned the latter without a surname and position). <Since over the  past year it has become clear that Galaxy (a group of companies led  by Gurgen Khachatryan, which includes Ucom) was not able to ensure  the effectiveness of my steps, I proposed to acquire shares in the  company that belong to me and Alik (brother of Hayk Yesayan), or -  expressed a desire to buy shares from other participants  (shareholders) of the company> (for 22 billion AMD). He was denied  both options.

Beeline commented on the situation around the dismissal of Ucom  employees
Friday, April 10 2020

ArmInfo.There was no deal to sell Beeline. ArmInfo was informed about this in the press service of the company.

SCPEC: The reason for the merger of UCOM and VEON is a reduction in  costs
Thursday, February 13 2020

ArmInfo.The State Commission for the Protection of Economic Competition (SCPEC) of Armenia has adopted an application on the merger of the  telecommunication companies UCOM and VEON in administrative  proceedings. On February 13, after a government meeting, the head of  the commission Gegham Gevorgyan told reporters.

ArmInfo. State Commission for the Protection of Economic Competition (SCPEC) of Armenia adopted an administrative proceeding on the concentration of  telecommunication companies "Ucom" and "VEON Armenia".