Central Bank of Armenia: Deposits in the banking system of Armenia  slightly decreased 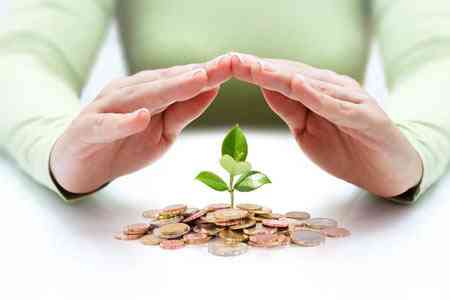 ArmInfo. There is a slight decrease in deposits in the banking system of Armenia. This was announced on October 27 during a press conference by the Chairman of  the Central Bank of the Republic of Armenia Martin Galstyan, noting  that the share of reduced deposits in the structure of deposits is  scanty - about 1%.

M. Galstyan explained: "The recorded decrease in deposits is largely  due to the fact that before going to the front, volunteers withdraw  their savings for their families so that the latter would not have  problems with financial resources at the time of their absence. And  also funds are withdrawn from the deposits for charitable purposes -  for transferring to the account of the Hayastan All-Armenian Fund.

It should be noted that hostilities resumed in the zone of the  Nagorno-Karabakh conflict since September 27. The Armenian government  has declared martial law and general mobilization, and volunteer  detachments are being created to be sent to the front. Fighting has  been going on in the conflict zone for 31 days. The agreements on  humanitarian truce reached three times were violated by the  Azerbaijani side. The first initiative came from Moscow, the truce  was to enter into force on October 10. The second - from Paris, but  on October 18 the fire was not stopped. The third agreement was  reached in Washington - on a ceasefire in Karabakh from 08:00 am  (local time) on October 26, however, it was also violated.