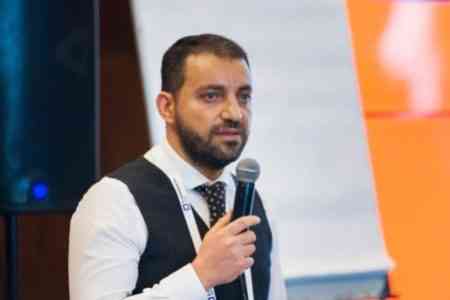 ArmInfo. Taking into account the enormous costs that the participants of export-import operations in Armenia periodically suffer when closing the only land road of the  checkpoint , the Minister of Economy of Armenia Vahan  Kerobnya promised that he will do everything possible to provide both  road and rail alternatives to Lars. The Minister said this in an  interview with the Public Television of Armenia.

In this regard, he said that there are already several options,  including in the context of unblocking transport communications.   However, at this stage, according to Kerobyan, work is underway on a  specific project, an alternative to Upper Lars, not related to the  "political" unblocking of roads. Without opening the brackets, the  minister only indicated that this alternative provides for regular  communication with Russia, not related to the state of Upper Lars.

It should be noted that the international highway  Mtskheta-Stepantsminda-Lars (Georgian Military Road) connects two  Transcaucasian states-Georgia and Armenia with the Russian  Federation, being an absolutely non-alternative highway primarily for  Armenia. At the same time, the border checkpoint is  the only current border crossing point on the border of Georgia and  Russia.

Meanwhile, it should be noted that at the beginning of March, the  media reported that in Georgia in the spring will begin the  construction of a new section of the Georgian Military Road, which  will ensure uninterrupted traffic across the border and will reduce  the regular traffic jams. It was reported that the road, with a  length of 22.7 km, will be built on the Kvesheti-Kobi section. In  addition, six bridges and five tunnels will be built. The new road  will be a detour on the way to Upper Lars. The plans of the Georgian  authorities to solve the problem of Upper Lars became known on  January 19. Perhaps the Minister of Economy of Armenia spoke about  this alternative.